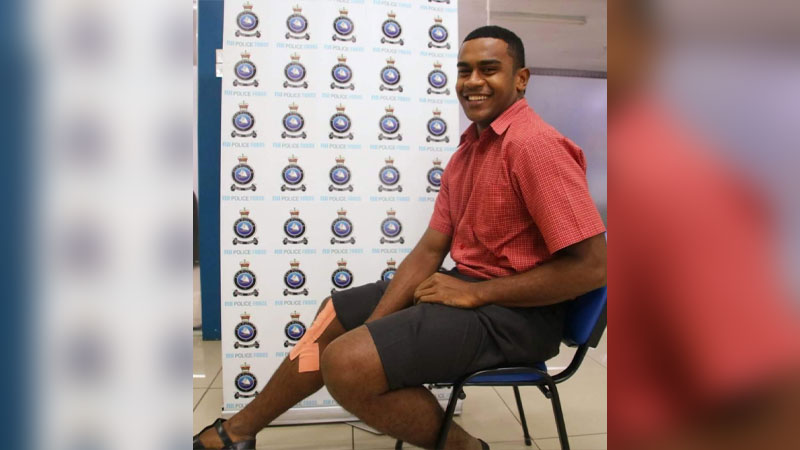 Police Constable Joji Lagi is receiving high praises for his bravery which led to the arrest of a man who allegedly robbed a woman along Yawini Street in Lautoka last Saturday night.

The suspect allegedly grabbed the woman's phone and personal belongings as she entered a shop and then ran towards a multipurpose court where the off-duty Police Constable was playing volleyball with his friends.

When Lagi heard the cry for help, he ran after the suspect who was carrying a kitchen knife with him.

Lagi says it was dark because it was around 8.30pm or almost 9pm and the only image that came to his mind was the face of the late Police Constable Siuta Niumataiwalu who was stabbed to death while responding to a case of theft in Lautoka in 2019.

During the confrontation with the suspect, Lagi's right leg got struck with the kitchen knife the suspect allegedly swung twice.

The 23-year-old got injured but still managed to kick the knife from the suspect's hands.

The Police Constable then managed to overpower the suspect and flagged down a passing taxi to alert other Police officers of the incident.

Lagi is from Naqumu Village in Macuata.

Police say the man who allegedly robbed that woman and injured the officer has been charged with one count of theft and two counts of serious assault.

He has been produced in court and is remanded till the 1st of March.