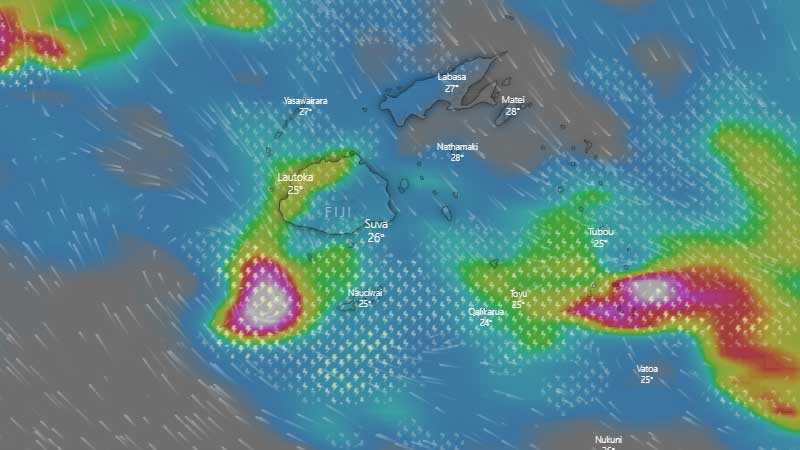 A heavy rain warning remains force for the whole of the Fiji Group.

A flash flood warning is also in force for low lying areas and areas close to small streams and major rivers of Qawa, Labasa, Dreketi, Tavua and Rakiraki.

A flash flood alert remains in force for low lying areas and areas adjacent to small streams and rivers of Vanua Levu and Taveuni, Viti Levu, Kadavu and Ovalau.

An active trough of low pressure remains slow moving over the Fiji group.

Some roads and crossings remain closed in Vanua Levu due to flooding.