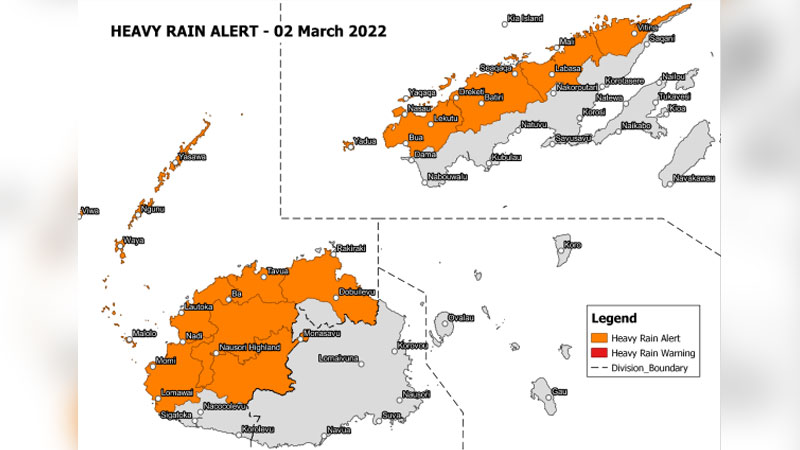 The Fiji Meteorological Office says this is due to a trough of low pressure that is anticipated to affect the Fiji group from the West later tomorrow.

20 people were charged with a total of 47 counts of serious sexual offences last month. Of the 20 people charged, two were 17-year-old boys who ... 4 minutes ago