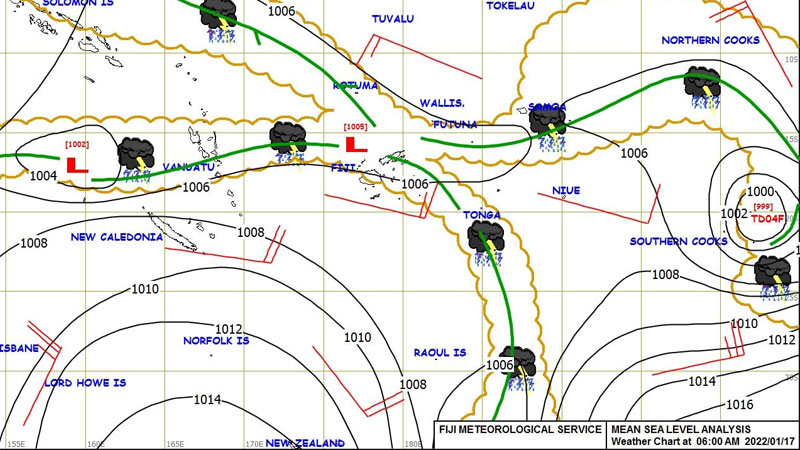 A flash flood alert is in force for all low lying and flash flood prone areas in Rewa, Ba, Nasivi in Tavua, Nasekawa and Drekeniwai.

A heavy rain alert remains in force for the interior areas of the Eastern part of Viti Levu and the Eastern and Northern parts of Viti Levu which includes areas from Ba, Tavua, Rakiraki, Korovou and Nausori, the Northern Division and Lau and Lomaiviti Group.

The Nadi Weather Office says a trough of low pressure lies slow moving over the North Eastern parts of the group.

It further says it is expected to affect the country until later tomorrow.

Fijian Drua vs Chiefs First Half ... 30 minutes ago
LATEST NEWS