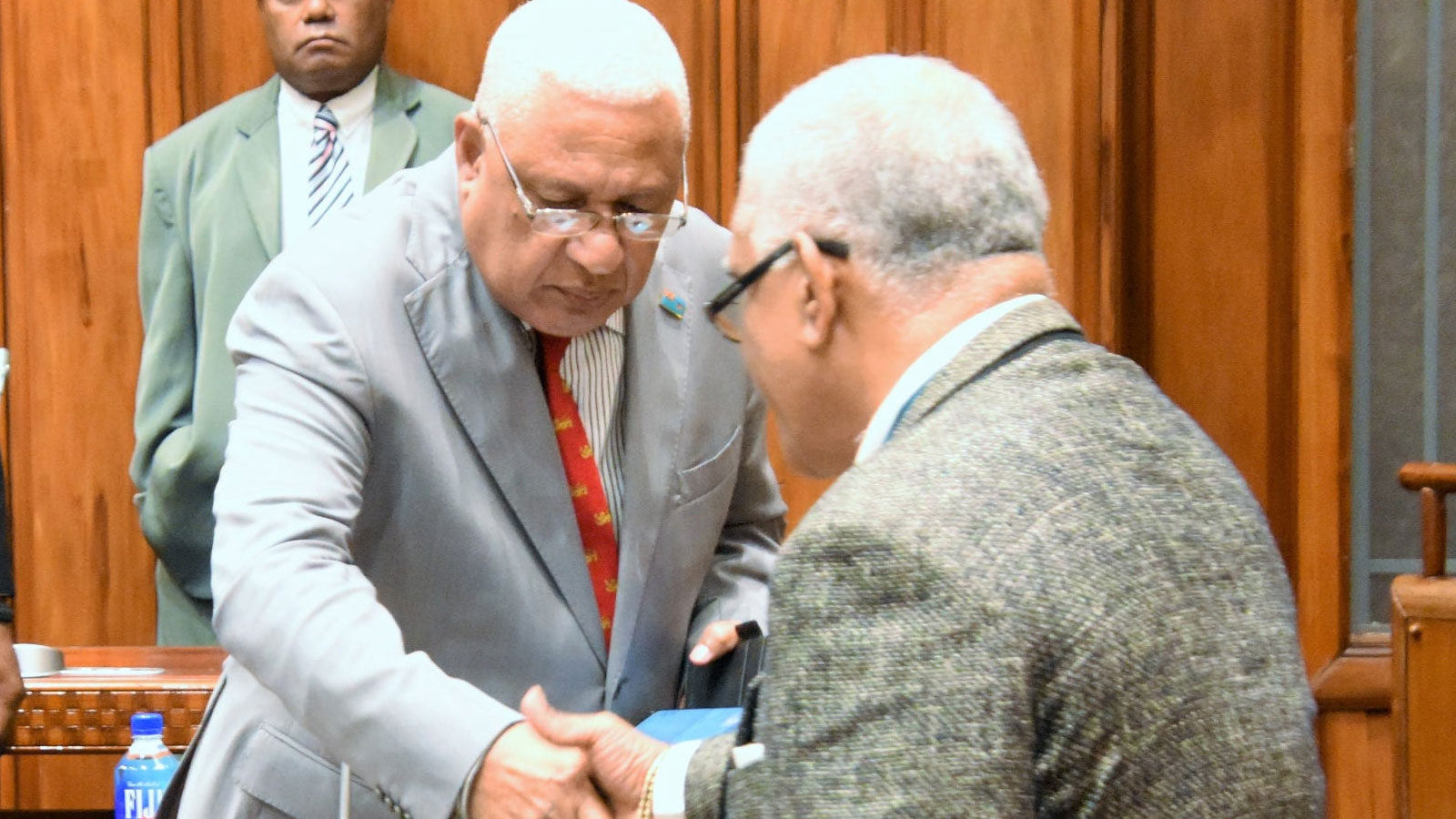 Prime Minister, Voreqe Bainimarama says the government is stepping in to assist Fijians and this is evident from the announcements in the Revised National Budget.

While supporting the budget, Bainimarama says despite what the opposition will say, people know what is the truth.

He says our economy is rebounding under difficult economic circumstances but the government is meeting these challenges as well.

Bainimarama says the government has suspended the fuel tax, adjusted the VAT and lowered or eliminated duties on many items all to help the citizens absorb the impact of higher global prices.

He says these higher prices will not last forever and they will adjust again.

The Prime Minister says the medical reforms will free the resources of our public system while giving Fijians more choice and access to more services.

Bainimarama says they are expanding access to private practitioners and dentists and they will break up the shameless system that has kept good doctors out of private practice.

He also says he is extremely proud of the reforms announced last night that will make the TLTB a more efficient organisation in the service of the landowners and tenants on the growth of the wider economy.

Bainimarama says iTaukei land is protected and will remain with the landowners forever.

Hbe also says developing these resources for their benefit is vital to our recovery, and when our landowners receive the right returns and tenants have security of tenure, Fijians succeed with them.

He says he under his chairmanship, he will ensure TLTB will not be working in isolation but working together for the benefit of all.

Bainimarama says as the President of the Fiji Rugby Union, he would not be more excited about the government becoming the major shareholder of the Fijian Drua.

He also says they are looking after the cane farmers despite world sugar prices not rising.

Bainimarama also says the opposition is out of touch with fellow Fijians and their analysis is nonsensical.

Debate on the Revised Budget continues in parliament.

Fijian Drua centre Kalaveti Ravouvou who will make his debut for the Vodafone Flying Fijians this afternoon is relishing the opportunity to play again... 55 minutes ago
LATEST NEWS