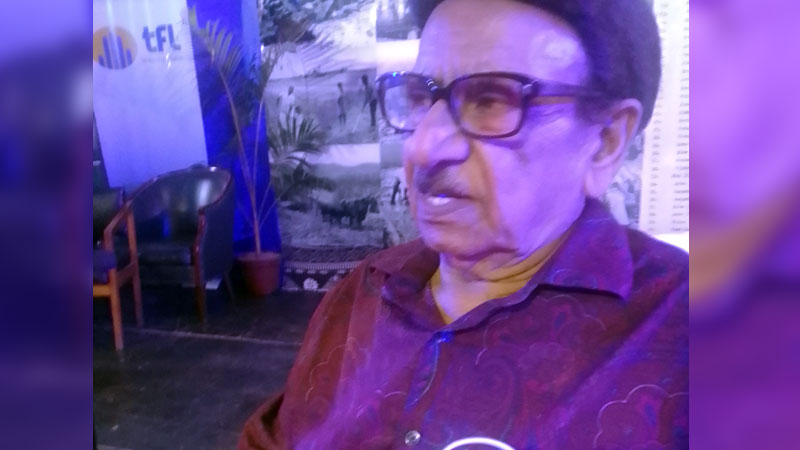 As we commemorate the 143rd anniversary of the arrival of the first Girmitiyas to Fiji, 89-year-old Shiu Balak says whatever has happened is in the past and we all are Fijians now.

Balak who is also a renowned folk singer says his grandparents were indentured labourers and were lied to about working and earning a lot of money in Fiji.

He says the iTaukei brothers and sisters are very kind and we must move on from whatever wrong they would have done many years ago.

He says he grew up at a time when the old Rewa Bridge did not exist and says Girmitiyas helped build roads towards Suva.

Balak further says while working on the roads and the Rewa Bridge, people spoke about India and he used to observe and learn from the stories they told.

He says his maternal grandparents were from Allahbaad and Raebareli in Uttar Pradesh.

Balak also says he learnt how to sing from his grandmother and later from his mother who used to sing in the house all the time.

He adds he went to India in 1967 and learnt how to sing and the Hindi and Urdu languages from many teachers and also got the opportunity to visit places like Bihar and Kanpur.

A man in his 30s from Tau Village, Nadroga has passed away following an accident after 9 last night. Police say the victim was driving the vehicle ... 54 minutes ago
LATEST NEWS

A Suva businessman is currently being questioned by police for allegedly attempting to rape his staff. The man is in his 60s. The woman who is ... 3 minutes ago