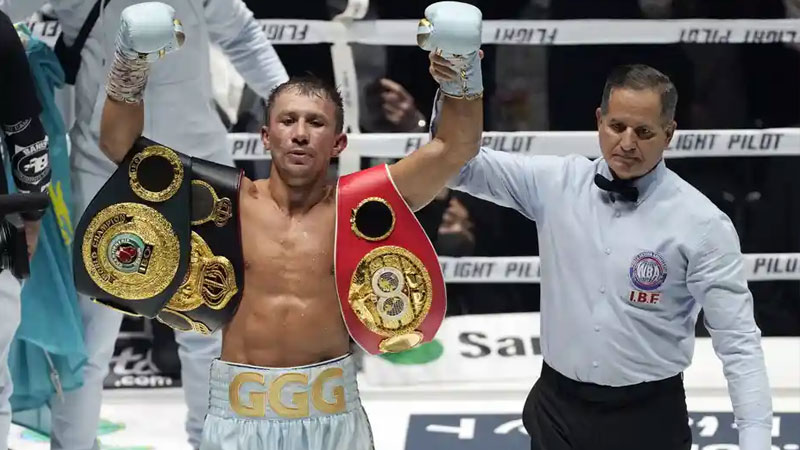 Golovkin who turned 40 on Friday, sent his opponent to the canvas with a big right hand and Murata’s corner threw in a towel.

A third bout against Canelo Alvarez could be next for Golovkin, whose only defeat in his 44-fight professional career came at the hands of the Mexican boxer.

Golovkin was shaken in the early rounds but a right hook, which saw Murata’s mouth-guard fly across the ring, in the fifth changed the course of the fight.