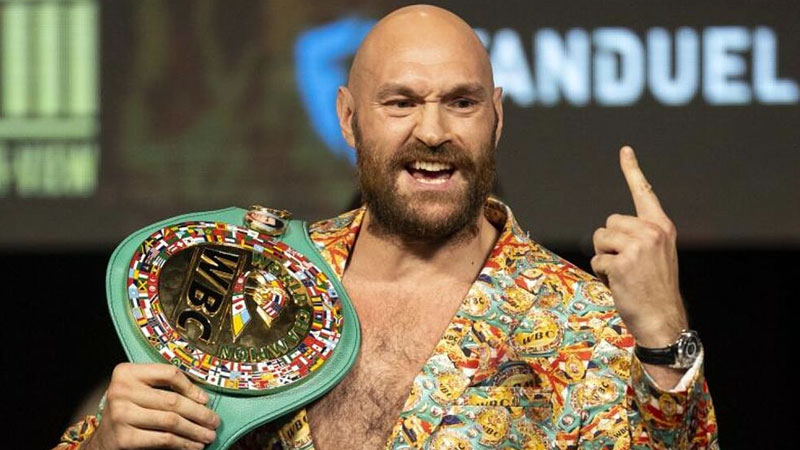 Tyson Fury is "absolutely ecstatic and overwhelmed" after receiving two awards from The Ring Magazine following his thrilling victory over Deontay Wilder.

Fury climbed off the canvas twice in the fourth round, while Wilder was floored in the third, 10th and 11th round in Las Vegas.

Fury has previously won 'Fighter of the Year' in 2015 and 2020 (co-winner alongside Teofimo Lopez in 2020) and is the only British fighter to win that award twice.