Flood warning still in force for many rivers

Flood warning still in force for many rivers 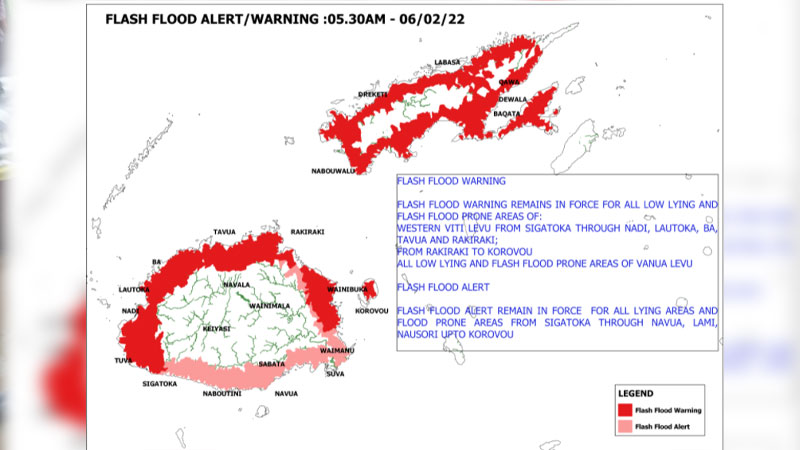 A flood alert remains for low lying areas adjacent to and downstream of Wainibuka river.

It says a flash flood alert remains in force for low lying and flash flood prone areas for the rest of Viti Levu.

A heavy rain warning is still in force for the northern division, northern and western half of Viti Levu, interior of Viti Levu, Yasawa and Mamanuca Group.

A heavy rain alert is also in force for the eastern interior of Viti Levu, southern and eastern parts of Viti Levu, Lomaiviti Group and Kadavu.

A trough of low pressure remains slow moving over Fiji.

Meanwhile, another trough lies slow moving to the northwest of the country and is gradually drifting towards the group.

Former NRL and Wallabies star Lote Tuqiri will now help workers under the Pacific Australia Labour Mobility scheme to make a smooth transition in ... 45 minutes ago