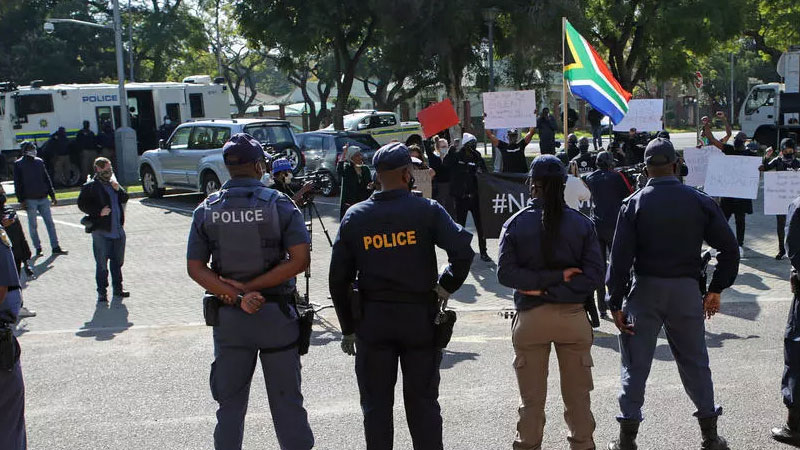 40 people were arrested after an armed group stormed a church in Zuurbekom, South Africa. [image: france24.com]

Five people have been killed after attackers stormed a South African church, reportedly amid an argument over its leadership.

South African police say they had rescued men, women and children from a "hostage situation" on the outskirts of Johannesburg.

They have also arrested at least 40 people, and seized dozens of weapons.

Eyewitnesses say the men who stormed the International Pentecostal Holiness Church were part of a splinter group.