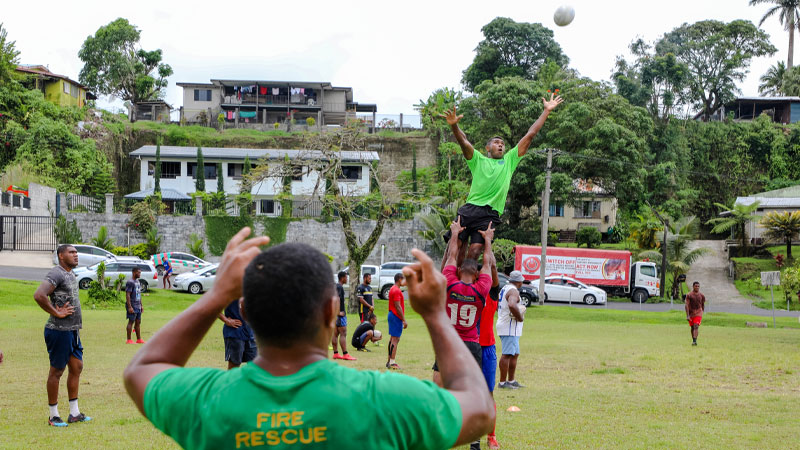 Fire is in full preparation mode for the 4th leg of the Fiji Rugby Super 7's series this weekend despite losing some key players to the Fijian Drua and the National 7s extended squad.

He says they have faced many challenges during their preparation because team members were focusing on training and work.

The team has been training for the last couple of weeks and is aiming to end on a high note in this last tournament.

He is thankful to the Fiji Rugby Union for their support in organizing the tournament that creates opportunities for local players eyeing a spot in the National 7s team.

Fire is pooled with Navy, Uluinakau and Wardens.

Series leaders Police Blue are in Pool A with Stallions, Wadigi Salvo and Police White.

Army, Eastern Saints, Dominion Brothers and Nawaka are in Pool C while Raiwasa Taveuni is in Pool D with Tabadamu, LAR Barbarians and Ratu Filise.