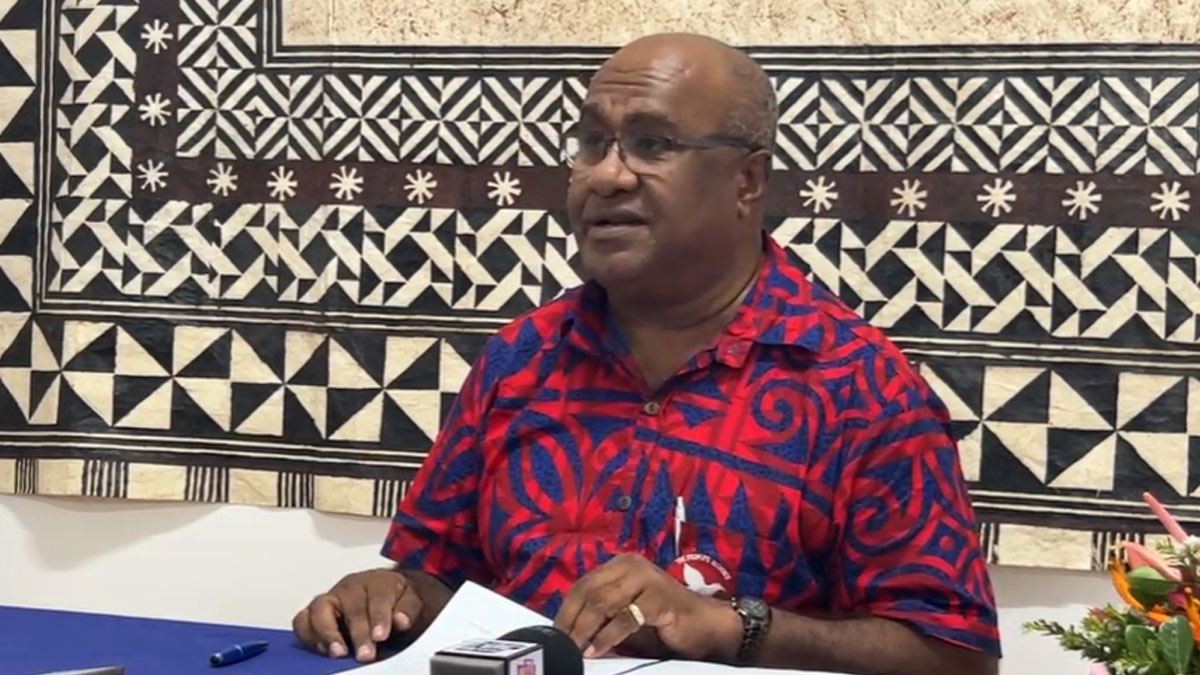 People’s Alliance Deputy Leader, Manoa Kamikamica says party is shocked and angry at the unjust persecution by the FijiFirst party, which has led to the People’s Alliance being referred to FICAC without it being given a chance to respond to allegations labeled against the party.

Kamikamica says at around 6pm on Tuesday, Fiji First General Secretary, Aiyaz Sayed-Khaiyum made serious allegations and defamatory statements at a press conference in the FFP office, which haven’t been provided to them by the complainant despite he telling the media the People’s Alliance was copied in the complaint.

He says no such 19-page letter was directly received by any executive or cited by any member of the People’s Alliance that evening or even this morning.

Kamikamica says instead they have had to endure anxiety and confusion as they waited for a copy of these allegations, even then they were swiftly referred to FICAC without the simple due process of seeking a response from them as a party.

The Deputy Leader of People’s Alliance says they will not be cowered by fear when they have done nothing wrong, except be on the receiving end of blatant political thuggery.

Kamikamica says this manner of political persecution has happened to their Party Leader, Sitiveni Rabuka in the past, again causing chaos on the eve of the 2018 elections so this modus operandi is predictable.

He stresses that the People’s Alliance and the people of Fiji will not take this lying down.

Kamikamica also says they want to make it clear that The People’s Alliance Party reserves the right to lodge complaints against the FijiFirst for its alleged blatant vote buying practices.

He also asks whether the position of those named by Sayed-Khaiyum in his press conference been compromised, was he acting as prosecutor, judge and jury, what role was he speaking in - Minister for Elections, AG or Secretary General of Fiji First.

Kamikamica questions whether the investigation and possible legal proceedings will be influenced by Sayed-Khaiyum’s detailed and outspoken criticisms.

The Deputy Leader goes on to say that there is a wide public perception that the government is using giveaways including money, equipment, tools, boats, infrastructure and other items to influence voters during an election campaign.

Kamikamica says to avoid any impression of that, the ministers involved, including the Prime Minister, should not use government vehicles to attend ‘giveaway’ functions.

He says they should go in their private vehicles and not be accompanied by large official delegations.

Kamikamica says these are a staple of democracy and serve an important function. He says it appears the FijiFirst does not have annual meetings.

Kamikamica says properly organized parties, like the People’s Alliance and NFP, have wide networks of branches to serve the interests of the local members. He questions whether the FijiFirst have such a network.

Rock The Vote is not a project of the People’s Alliance, but we applaud it as they encourage our citizens to register to vote and then turn up to vote - Kamikamica 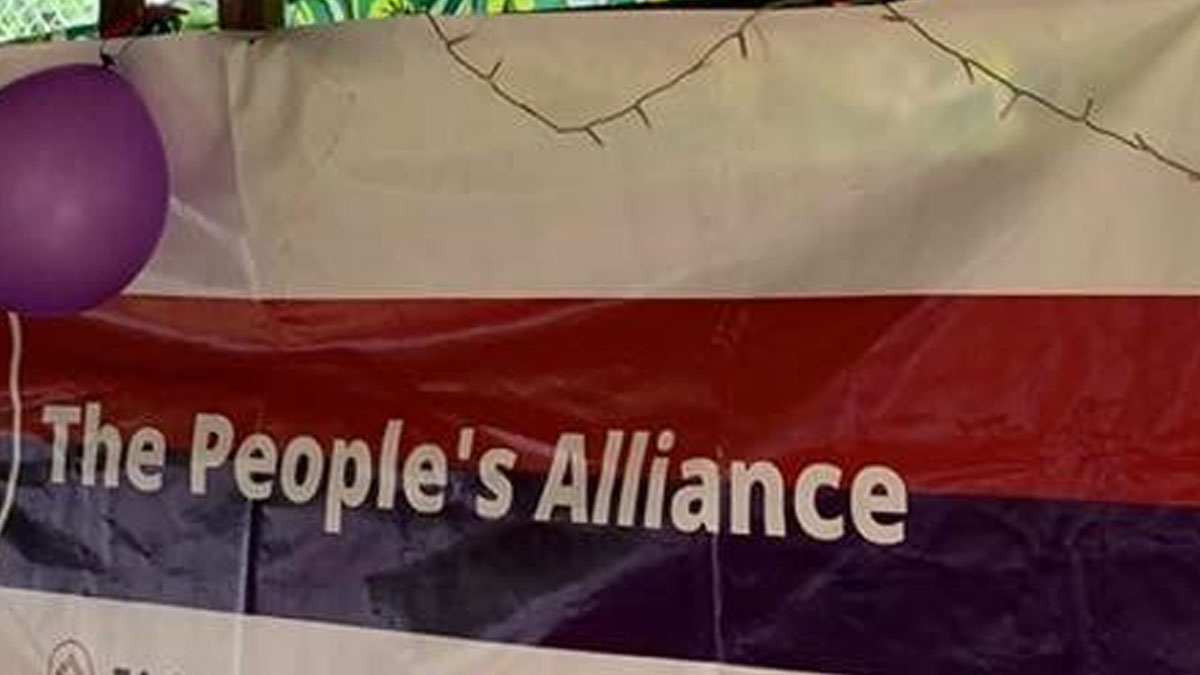 People’s Alliance Deputy Leader, Manoa Kamikamica says Rock The Vote is not a project of the People’s Alliance, but they applaud it since they are doing a civic duty to encourage our citizens to register to vote and then turn up to vote, which is supporting the work of the Fijian Elections Office.

Kamikamica says this is no different to Jerry Tuwai with his billboard encouraging our citizens to vote or the USPSA running workshops with students to vote.

Supervisor of Elections, Mohammed Saneem has referred The people’s Alliance and Rock The Vote Fiji for alleged breaches of the Electoral Act after a complaint by the FijiFirst.

The FEO states that section 3(2) of the Political Parties Act states that if any association of persons or an organization operate, function, represent or hold itself out to be a political party without being registered in accordance with the provisions of the Act, then any person who is a member of or holds office in any such association or organization commits an offence and shall be liable upon conviction to a fine not exceeding $50,000 or to a term of imprisonment not exceeding 5 years or to both.

FijiFirst writes to the FEO highlighting alleged breaches of the electoral laws by the People’s Alliance, Rock The Vote Fiji, SODELPA and NFPBy Naveel KrishantTuesday 20/09/2022 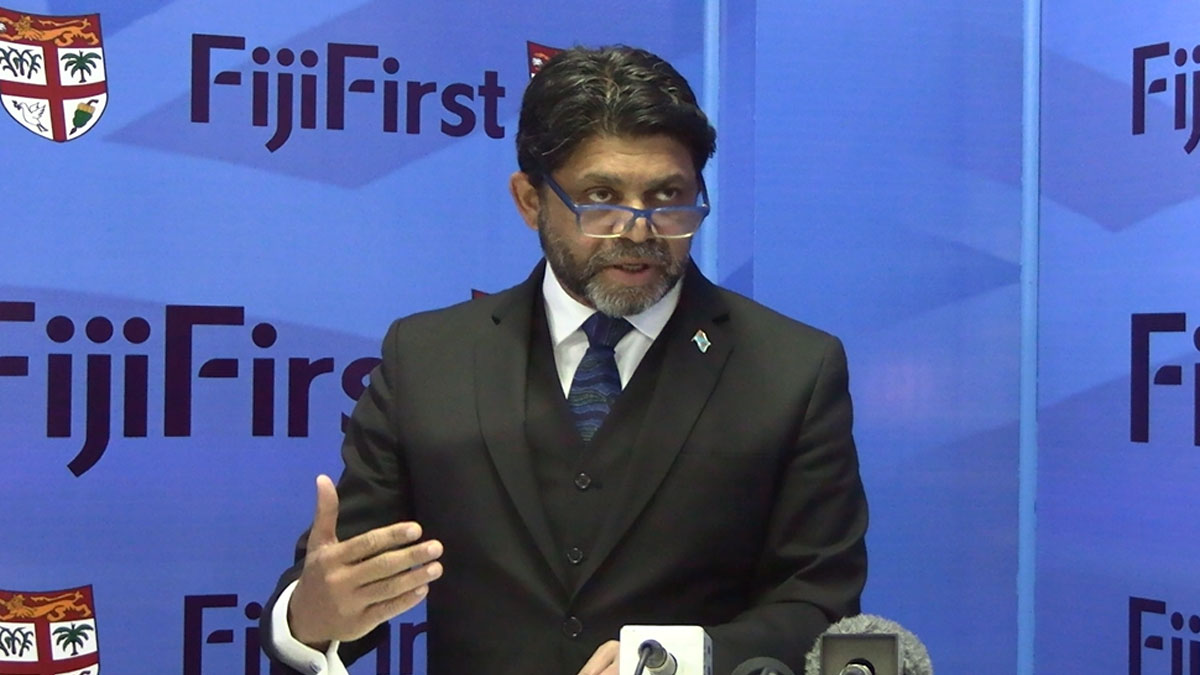 The FijiFirst Party has written to the Fijian Elections Office highlighting what they believe are various breaches of the electoral laws by the People’s Alliance, Rock The Vote Fiji, SODELPA and the National Federation Party.

Sayed-Khaiyum says by making such promises, Narayan has offered a direct inducement to voters, and has done so in exchange for their votes, whether to Narayan himself or to the People’s Alliance.

He adds this is not an isolated incident and they have highlighted postings which confirm that Narayan, other provisional candidates, office holders, members and representatives of the People’s Alliance have engaged in vote buying.

FijiFirst has also highlighted the issue of Rock the Vote Fiji Campaign.

Sayed-Khaiyum says Rock The Vote Fiji is no original concept which Tabuya or the People’s Alliance have come up with.

He also highlighted that Rock The Vote Fiji is not registered with the Companies Office as a business or as a limited liability company and it is also not registered as a Charitable Trust.

He says the People’s Alliance, who he calls TPA, should inform the Fijian Elections Office where Rock The Vote Fiji’s earnings are going to.

Sayed-Khaiyum further says a concerned Fijian brought to their attention the People’s Alliance Bula Shirts which are for sale at their offices for $50.

He claims these Bula Shirts do not have any authorisation details in compliance with Section 112 of the Electoral Act.

Sayed-Khaiyum also highlighted that in the 6th September 2022 publication of the Fiji Sun, one Faith Grace who is a provisional candidate of SODELPA says that her campaign will highlight three main issues, one of which being TELS Debt Forgiveness.

Sayed-Khaiyum adds they also find it irresponsible on the part of the Fiji Sun to have reported Faith Grace and SODELPA's campaign promises without receiving adequate compliance in terms of the electoral laws.

He further says they have come across a Creative Working Calendar with photographs of NFP's General Secretary and provisional candidate Seni Nabou, which is being sold for $30 per calendar.

He says in the event a donor decides to purchase this calendar, he or she can make a further donation of only up to $9,970.

Sayed-Khaiyum adds the same applies to the People’s Alliance and all other political parties.