Fiji will feature in seven different sports at the Tokyo Olympics

Fiji will feature in seven different sports at the Tokyo Olympics 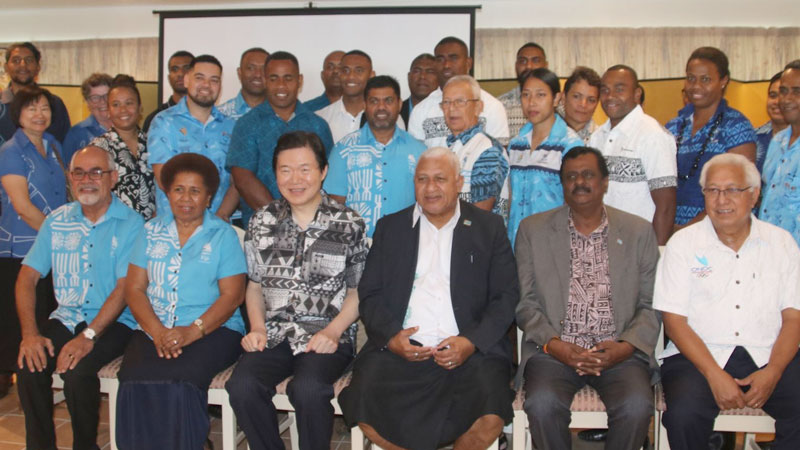 Fiji is expected to feature in seven different sports at the Tokyo Olympics with two teams confirmed to participate which are the Men's and Women's 7's teams.

This was confirmed by the Chef De Mission for Team Fiji to the Olympics, Patrick Bower at the Reception for the Tokyo Olympics Countdown which was held at the Japanese Embassy.

Bower says that athletes and managers have used every possible means to improvise in training in getting the athletes ready for the games.

He says they have strengthened their preparations to adapt to the new normal.

Bower says they have stayed positive through these difficult times and have built a sense of resilience to help them on and off the field.

The Japanese Ambassador to Fiji, Masahiro Omura says Japan has taken extra precautions to ensure the safety of all the participants of the games.

He says the games will start exactly one year from today.