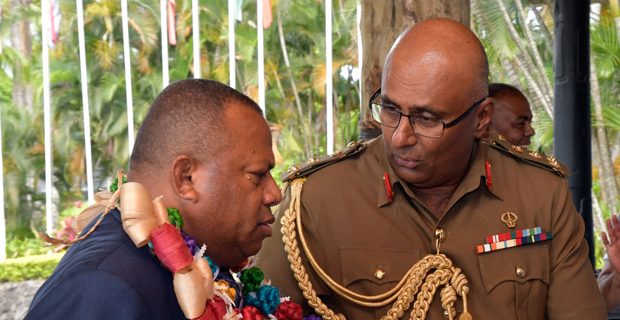 Minister for Defence and National Security, Inia Seruiratu says on the international stage, Fiji continues to punch well above its weight in bringing Peace to Middle Eastern and north-east African regions plagued by terror.

While speaking at the National Counter- Terrorism Workshop, Seruiratu says Fijians have been influential in UN Peacekeeping and Policing missions in Syria, Sinai, South Sudan and Abyeii to name a few.

He says this has reinforced Fiji’s commitment to reducing terror at the global stage.

Seruiratu says however, the increasing geopolitical interests within our region has really brought the Pacific to centre stage.

He says the focus on the pacific is unprecedented and can become the new “Middle-East” if we don’t work together as a
region.

He adds whilst, this global shift to the region has brought about positive impacts such as increased investments, development assistance, and a platform to voice our own issues and advance our own interests; it has amongst other negative externalities, exposed our greatest vulnerabilities.

The Minister says vulnerabilities which have been and can continue to be exploited by terror groups and organized crime networks.

Seruiratu says in addition our porous borders, the challenge on resources and limitations to our defence and national
security capacity and capabilities has affected our ability to effectively secure our vast ocean space and territory.

He says the evolving technological advancement, sophisticated means of financial diversion and our slow evolvement or response in is this space also proves to be a continuing challenge in countering this terrorism.