Fiji to face off against Australia in cup final

Fiji to face off against Australia in cup final 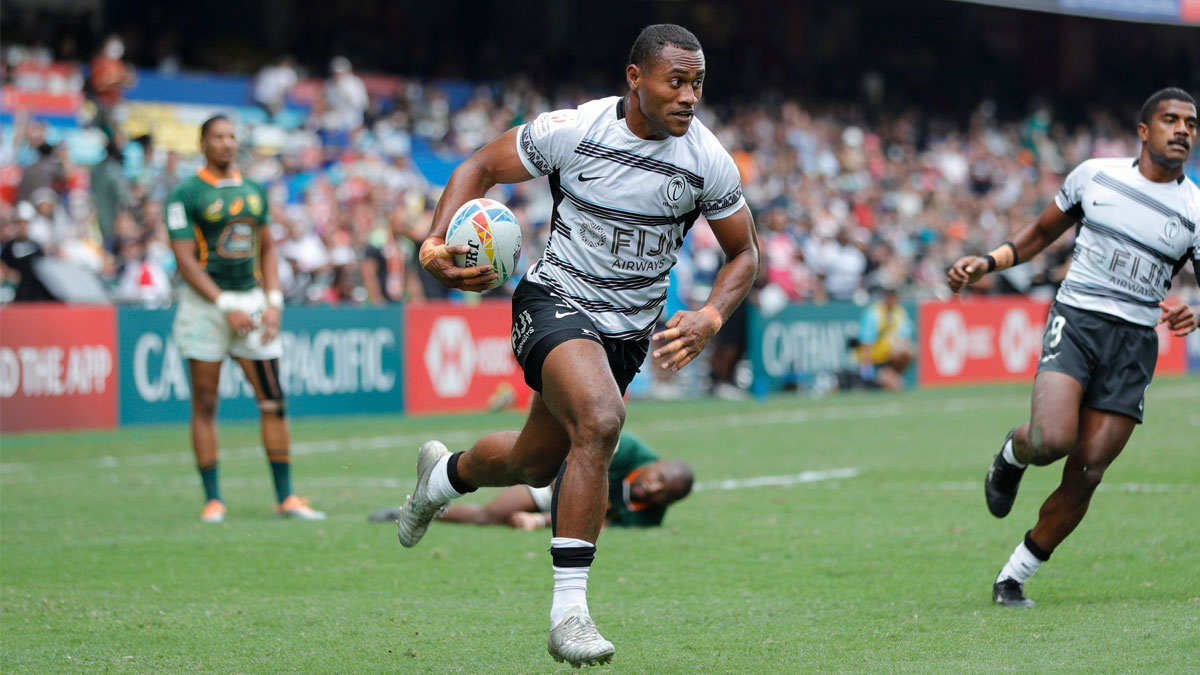 The Fiji Airways Men’s 7s team triumphed over Pacific rivals Samoa in a convincing 19–7 win to book a spot in what will be their 6th consecutive Hong Kong 7s final.

The first half of the match kicked off with Filipe Sauturaga slipping through the Samoan defence and scoring beneath the posts.

Samoa responded immediately through Melani Matavao scoring in the corner and leveling the points to 7 all.

An offload from magic man Iowane Teba resulted in Sauturaga scoring his second try extending Fiji’s lead to 12–7 at half time.

It was a blow to the Samoan side as Vaovasa Afa’sua was yellow carded for a deliberate knock down and playmaker Vaa Apelu Maliko was taken off the field with an injury.

Despite their numerical disadvantage, Samoa was able to rattle the Fijian side but it was not enough to secure a win.

Fiji will battle it out against Australia in the cup final at 11pm tonight.

Fiji is hunting to win the tournament for the 6th straight year.