Fiji Airways planes to be flown or ferried out of Fiji

Number of local and repatriation flights into Fiji cancelled

Fiji Airways planes to be flown or ferried out of Fiji

Number of local and repatriation flights into Fiji cancelled 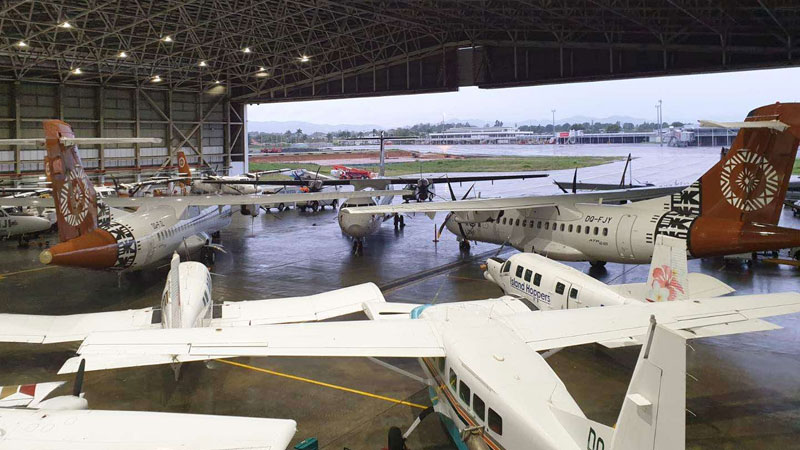 Fiji Airways says all planes which include Airbus A350s, A330s and Boeing 737s will either operate their scheduled freight or repatriation services to Sydney, Auckland, Los Angeles and Hong Kong, or be ferried to Sydney or Auckland over the next two days.

These planes will remain at those ports until weather conditions in Fiji allow for their safe return.

All Fiji Link aircraft will be secured inside the airline’s hangar facilities in Nadi.

The Hong Kong to Nadi repatriation flight which was scheduled to arrive in Fiji tomorrow, has been postponed. The flight will now arrive in Fiji on Monday 21st December.

Fiji Airways says the special ‘FJ 679 Catch the Sunset Flight’, which was to operate on Saturday, has been postponed to now operate on 2nd January 2021.

A 24-year-old man who was captured on video punching another man several times at a worksite in Navua last week has been charged with one count of ... 9 minutes ago

Health Ministry’s Permanent Secretary says schools will remain closed. While responding to a question about the reopening of schools, Dr James ... 19 minutes ago