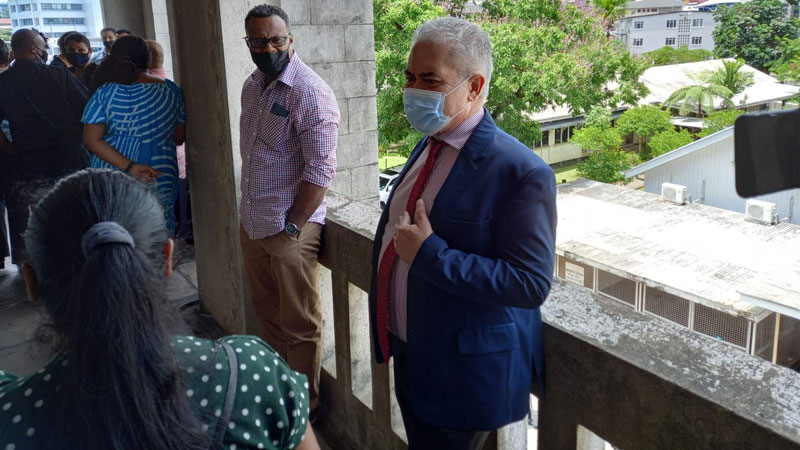 Constitutional lawyer Jon Apted has said in court that Fiji Airways has done everything possible to avoid being held accountable for terminating the contracts of 430 flight attendants during the first wave of the COVID-19 pandemic in Fiji.

While giving his submission in the High today, Apted says the flight attendants who are the face of the company and sacrificed time and family life were terminated without any consultation.

He says Fiji Airways is now claiming that the decision was justified under the Employment Relations Act.

Apted says the question now is whether the company should be allowed to delay the resolution of the employees any longer and whether the court will hold their constitutional right.

He says the company has the right to terminate the contract of workers but there are certain conditions that needed to be met.

Meanwhile Fiji Airways has also made an application for leave to appeal against the Employment Relations Tribunal’s decision refusing to strike out the grievances.

Apted says the company can appeal at a later date and this should be denied because there is a liability hearing.

He adds Fiji Airways has a right to appeal if they lose the liability hearing. 227 former Fiji Airways cabin crew have taken the matter before the Employment Relations Tribunal as they had said that they were unfairly dismissed in 2020 and have filed for redress.

Fiji Airways had earlier made an application to strike out the matter brought in by the former flight attendants which was refused by the Tribunal.

More Fijians are expected to get employment opportunities in Australia after Labour Solutions Australia interviewed 56 potential workers since ... 41 minutes ago