Ram Sami and Sons step forward to provide some assistance

Ram Sami and Sons step forward to provide some assistance 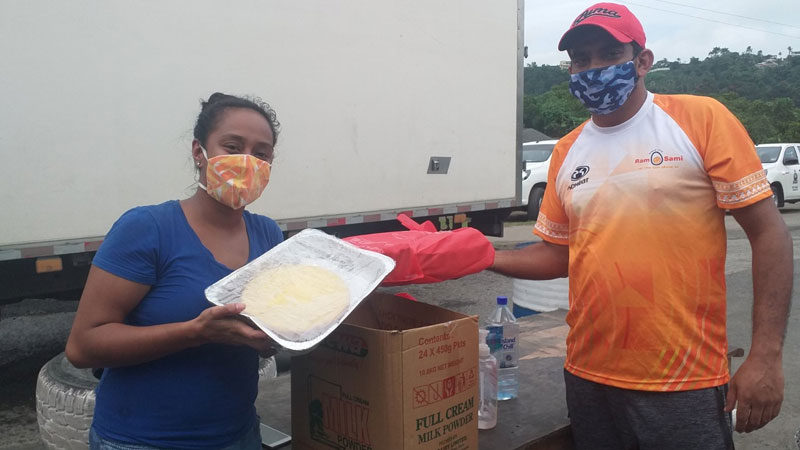 Ram Sami and Sons Limited has donated some urgent food items for Savaira Lawe and her family. [image: Safaira Lawe]

People are being urged to come forward and assist a Lami family who are struggling due to the effects of COVID-19.

Savaira Lawe says her husband was a chef but lost his job last year and has not been able to find employment since.

Lawe and her family live in the Lami containment zone, and she says they desperately need assistance with some basic needs for their family such as food and diapers.

She says her husband is receiving $220 from FNPF every fortnight but it is not enough because majority of it is used for rent and bills and they use the remaining funds to buy food for at least once or twice a day.

She says they have nothing right now and are worried that her three children will go to bed without anything to eat.

Lawe adds they are fortunate that schools are closed because her eldest daughter who is in year 1 went to school without lunch most of the time.

She says they usually called her teacher to buy lunch for her daughter and they would pay her back when her husband receives his FNPF payment.

After learning about their situation on fijivillage, Ram Sami and Sons Limited has donated some urgent food items for Lawe and her family.

Business Development Manager Abdul Shameer says this has been made possible through their director, Prashneel Sami.

Shameer says his wife had baked a cake for him to break his fast with, which he has also donated together with some other items to the family.