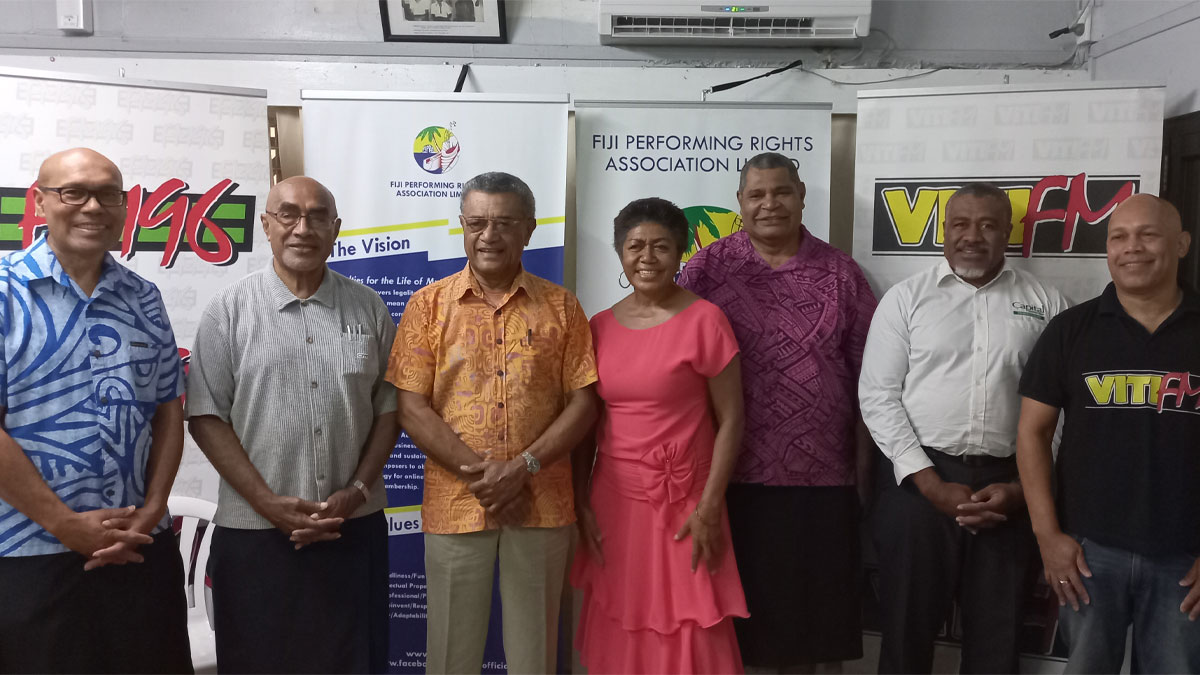 The 2022 Fiji Performing Rights Association Music Awards has received a timely boost through the sponsorship provided by Communications Fiji Limited which is the parent company of Legend FM, FM96, Viti FM, Navtarang, Radio Sargam and fijivillage, and Capital Insurance and Software Factory Limited.

CFL General Manager Charles Taylor says the core business of CFL is music and they also owe the success of the company to the local music that is played on the radio stations.

He says they have continuously supported FPRA throughout the years and the sponsorship is the recognition of the trailblazers that were once at the forefront of the music industry and are now mentoring upcoming musicians.

The Director of Software Factory Limited Taito Tabaleka says this is part of their contribution towards the development of Fiji.

The 2022 FPRA Music Awards will be held on October 1st at Grand Pacific Hotel in Suva.