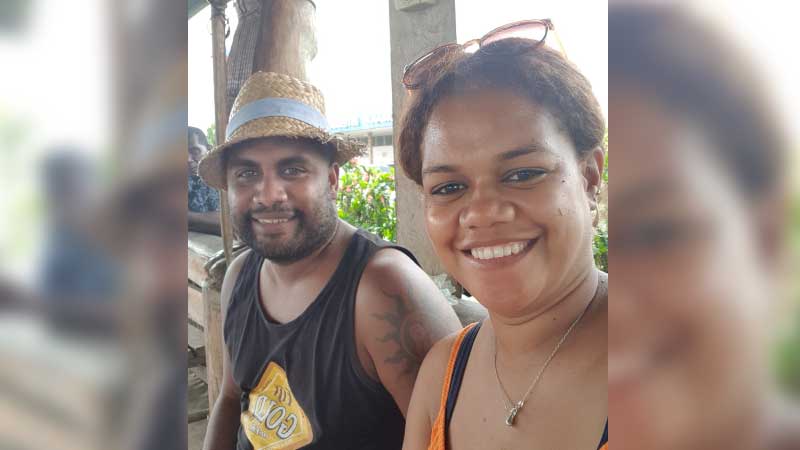 The winner of the FM96 Snoredown with Drypers Wee Wee Dry Father’s Day Competition is urging everyone to get vaccinated so that Fiji can open its borders for international travel and her children can see their father after 3 years.

Asena Kabasi says her husband who is a Solomon Islands resident has not been home in over three years and their six children miss him a lot.

Kabasi posted a video of their 10-year-old daughter snoring like her father on the FM96 Facebook page to enter the competition.

She says that is exactly how their father snores when he falls asleep during their Skype call.

Kabasi hopes she and her children will be able to see him next year when the borders eventually open.

The mother of 6 says her children will be calling their father on Father’s Day this Sunday and do not have any particular plans apart from that.

Kabasi says she will be sending half of the $500 cash prize to her husband.

Asena Kabasi and her children, Garry Junior, Cassandra, Caroline, Reitheld, Christopher and Nerolyn are wishing their father, Tony Junior Kabasi a very Happy Father’s Day and they hope to see him