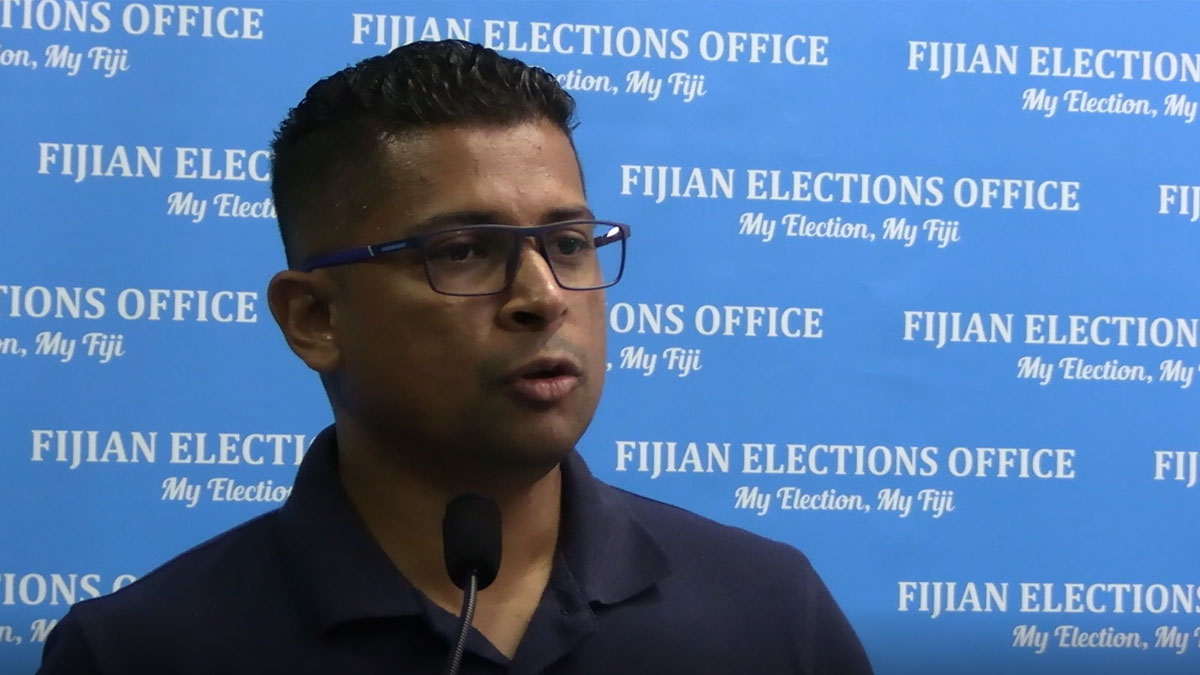 The Fijian Elections Office will be holding a targeted voter registration drive in the Western Division from this Friday to Sunday.

Supervisor of Elections Mohammed Saneem says they will be holding 43 registration venues in the Western Division starting from Sigatoka to Rakiraki.

He says they will be having 80 teams on the ground with about 187 staff.

Saneem says their teams will be providing services in voter registration, updating voter card details, and also upgrade to the latest voter card.

He says people that have lost their voter cards can also visit one of their 43 venues to do a replacement card.

The Supervisor adds as they have been stressing, the election date is imminent and once the Writ is issued, people can no longer update or upgrade their voter card.

Saneem says at the moment, they have recorded 689,974 registered voters to vote in the 2022 general elections.

When questioned on the number of people they had served during their targeted drive in the Central Division, Saneem says they served over 2,000 people.