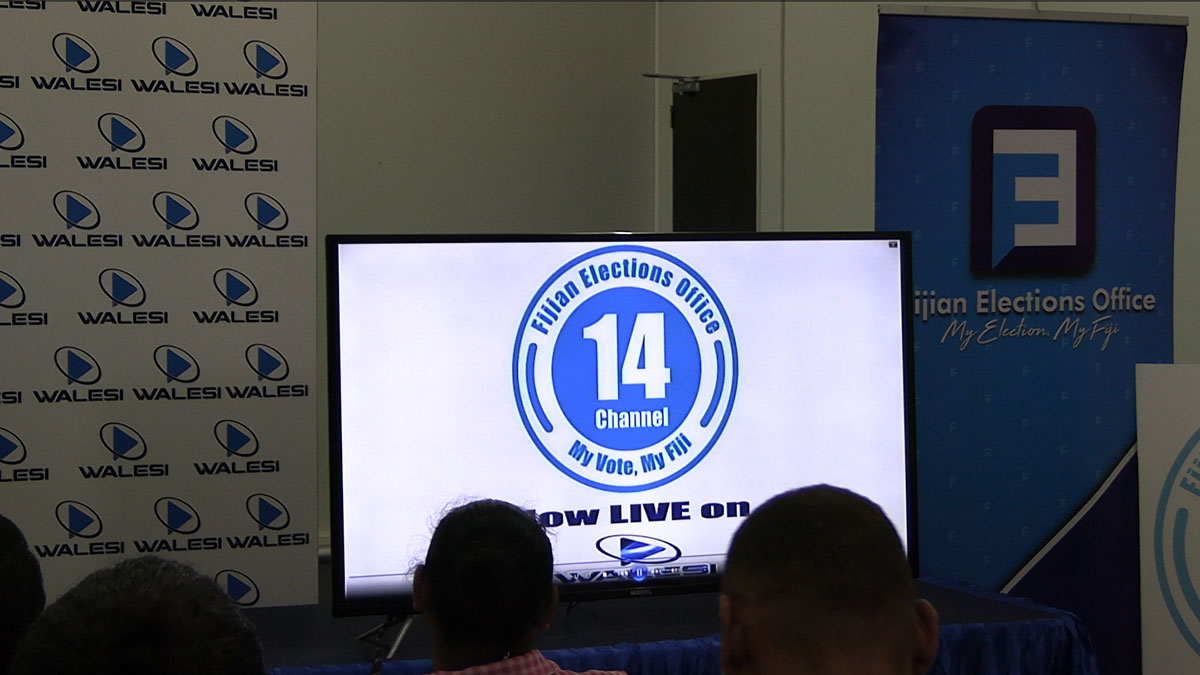 To ensure people can understand and be better advised on this year’s general elections, the Fijian Elections Office has today launched its television channel on the Walesi platform, Channel 14.

Channel 14 will highlight the electoral processes, the political party candidates and their numbers, election advertisements and other election materials that will assist a voter in the 2022 general elections.

Supervisor of Elections Mohammed Saneem says this does not mean they will be taking off their advertisements from their current media platforms.

He says they are venturing into having an exclusive television channel so they can put election materials with a prominence that will assist voters to go to an apolitical channel where there is no advertising, but to learn about the election process or build their capacity on the electoral process itself.

Saneem says they also saw the need to market the national candidate list far and wide across the country.

He adds with Walesi television also in municipal markets it will assist market vendors to understand better the election process.

The Supervisor says Channel 14 will not be used by any political party for advertising.

Close to a ton of marijuana that was uprooted from 7 farms in Kadavu were destroyed in accordance with approved court destruction orders. Chief ... 46 minutes ago