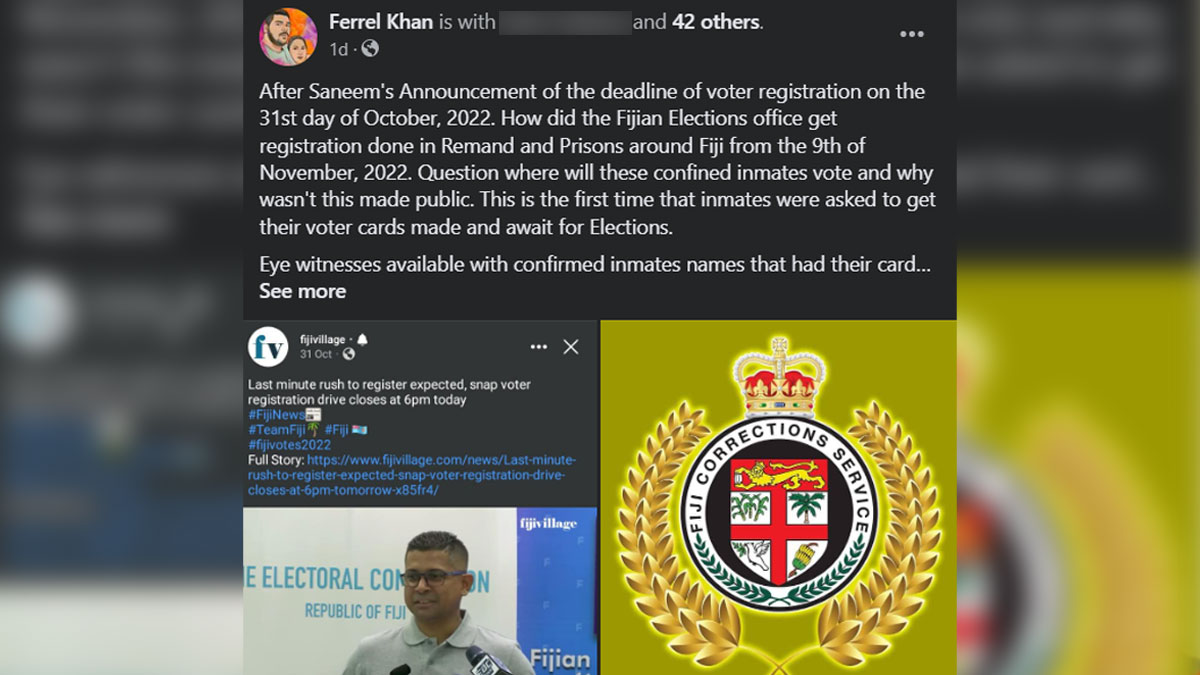 The Fijian Elections Office has issued a notice to Ferrel Khan to remove statement or information published on his Facebook page.

The FEO says the information contained in the post is incorrect.

In his post Ferrel Khan says after Supervisor of Elections, Mohammed Saneem’s announcement of the deadline of the voter registration on the 31st of October 2022, how did FEO get registration done in remand and prisons around Fiji from 9th November, 2022.

Khan then asks where will the confined inmates vote and why this was not made public.

He further says that this is the first time that inmates were asked to get their voter cards and wait for elections.

Khan then adds that eyewitnesses are available with confirmed inmates names that had their cards made and told to await Elections.

He says something does not seem right with this as how will they get the polling agents inside prison facilities and why was this move made by the Fijian Elections Office after its announcement of the deadline.

Meanwhile the FEO facilitated all eligible voters inside the corrections facility to apply postal vote in order for them to be able to vote in the 2022 General Election.

He says this is a fundamental right for every person who is entitled to vote under the Constitution.