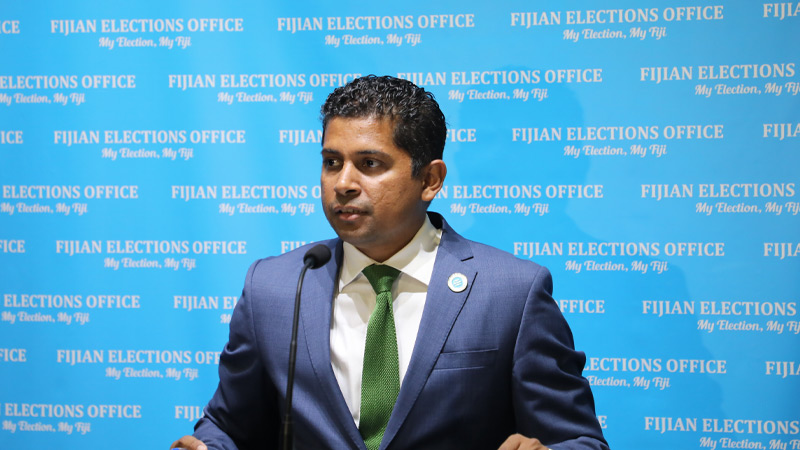 The Fijian Elections Office has launched its Pre-Election Voter Survey for the 2022 General Election.

Supervisor of Elections Mohammed Saneem says the survey is a first of its kind to be done before a general election in Fiji and it will help the FEO in its preparations for the 2022 general election.

Saneem says this survey is an initiative of theirs to reach out to their main stakeholders, the voters, and find out their views and expectations when it comes to elections.

He adds the findings from the survey will provide a more comprehensive understanding of voter behaviour in the Fijian context and help the FEO in enhancing its services and in developing more effective and targeted strategies for the 2022 general election.

The Supervisor of Elections also says they had done a post-election survey after the 2018 General Election, the analysis of which formed the basis for their voter education strategy for 2022.

Saneem says now, they are going a step further to gauge the levels of voter preparedness as well their expectations ahead of the next general election.

The FEO team will start the nationwide survey from Monday, 24 January 2022 and voters will need to enter their VoterCard number in order to participate in the survey.

Saneem also says to encourage participation in the survey, the FEO will be giving away a cash prize of $300.

He adds at the end of the project all voters who participate will go into the draw and six winners will walk away with $50 each.

A man in his 30s from Tau Village, Nadroga has passed away following an accident after 9 last night. Police say the victim was driving the vehicle ... 30 minutes ago
LATEST NEWS