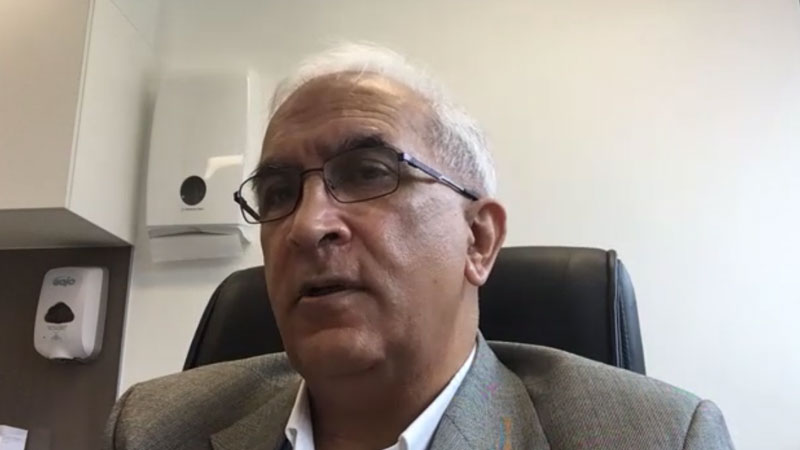 A General and Interventional Cardiologist based at the Gold Coast University Hospital in Australia, Doctor Vijay Kapadia who grew up in Amy Street in Suva, has managed to secure an angiogram and cath lab equipment for the third time for CWM Hospital in Fiji and this should be arriving soon.

Permanent Secretary for Health Doctor James Fong had earlier confirmed to us that the angiogram and cath lab equipment has not been working at the hospital, and arrangements were being made to get the machines in.

Speaking to fijivillage from the Gold Coast, the former Fiji resident Doctor Kapadia confirms that he first got the cardiac cath lab up and running at CWM Hospital with the equipment in 2009 and they could detect blockages, conduct procedures like stenting and installing pacemakers that could be carried out through the assistance of volunteer doctors and nurses from Australia, New Zealand and other countries.

This was arranged by Doctor Kapadia and it also assisted the local specialists working at the hospital through the invaluable required experience and equipment.

He says he has been assisting all these years as a passionate Fijian who wants to help his country of birth as he knows many of the people can be saved if heart problems are detected at the right time and if we have the specialists and equipment in the country.

The former Marist Brothers Primary and High School student who has been practising medicine for 42 years says he has managed to secure the angiogram and cath lab equipment in 2009, 2014 and again this year after negotiations and consultations with a lot of generous people.

Doctor Kapadia says the good news is that the machines will arrive soon but he has to arrange for installation and then the service contracts have to be maintained.

An angiogram machine can cost up to AUD$2 million.

We had received confirmation that the angiogram and cath lab equipment was not working at CWM Hospital after information received from a concerned family that they had to desperately look for funds to get the procedure done at a private facility in Suva which cost close to $24,000.

The Nausori family had no other option late last month as the procedure to check for the blockage and carry out the next set of procedures could not be done on their 60 year old father at CWM Hospital because the machines were not working.

They then had to collect funds from family members and friends, and also took loans to finance the procedure at a private facility. A coronary angiogram is a procedure that uses X-ray imaging to see your heart's blood vessels. The test is generally done to see if there is a restriction in blood flow going to the heart.

A cardiac cath lab is a special hospital room where doctors perform minimally invasive tests and procedures to diagnose and treat cardiovascular disease. The procedures performed in a cardiac cath lab almost always involve tiny, flexible tubes, called catheters, which can be used instead of surgery, to access the heart and blood vessels. A cath lab has special imaging equipment used to see the arteries and check how well blood is flowing to and from the heart. This information helps the care team to diagnose and treat blockages and other problems in the arteries.

When asked by fijivillage on the information received regarding the machines not working, Doctor Fong confirmed that the new machine is expected to arrive over the next few days.

Doctor Fong adds they also need to make arrangements for the installation team to come from Australia and much will depend on travel logistics around the current COVID situation.

He further says he is told the installation work could take a few weeks once the team is in.

We have also sent questions to Doctor Fong on what is the next available option for people who may have serious cardiac issues and need angioplasty and stenting done.

Meanwhile, the Rotary Club of Suva says it is proud to support the initiative by Doctor Kapadia and his team from Australia.

President of Rotary Club of Suva, Rajesh Patel says the club has provided support to Doctor Kapadia and his team from the very beginning when they installed and commissioned their first Cardiac Cathlab at CWM in 2009 and then again in 2014 when they replaced it by their second Cardiac Cathlab.

Patel says they are now working towards installing and commissioning their third Cardiac Cathlab replacing the second one.

He says the equipment should be arriving shortly, and they are expecting Doctor Kapadia and his team to be here early next month to get this equipment up and running.

Fijian Drua vs Chiefs First Half ... 22 minutes ago
LATEST NEWS