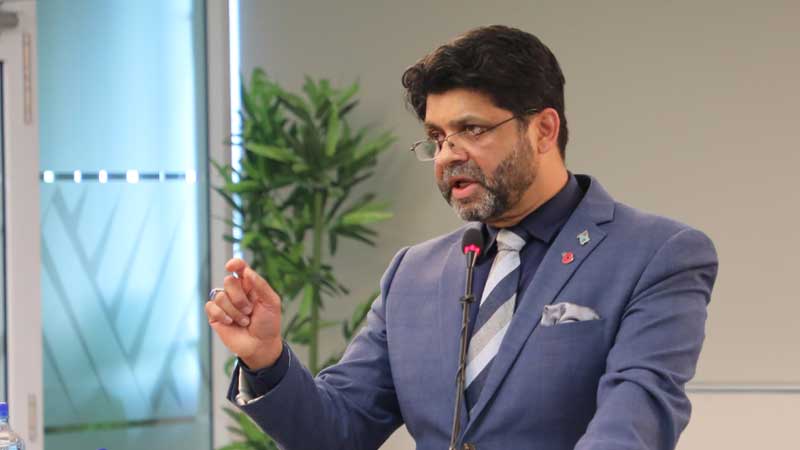 Minister for Economy Aiyaz Sayed-Khaiyum says they will be spacing out the distribution for the second round of the $360 unemployment benefit to avoid massive crowding in the days leading up to Diwali.

203,000 people have qualified for the second round of the assistance so far with a total payout of $73.1 million.

Sayed-Khaiyum says the number of eligible Fijians is expected to increase as those who applied before receiving their second dose of the vaccine are still eligible to receive the assistance as long as they meet all the criteria and receive their second jab by tomorrow.

He says applications of 46,758 people are still being assessed to confirm if they are fully vaccinated.

Sayed-Khaiyum adds they received a total of 388,795 applications and around 83,980 applications were disqualified because they are either currently employed, civil servants or FNPF pensioners.

He says around 47,829 applicants applied using SIM cards registered under other names and their applications were deemed invalid.

20,130 applications were disqualified because they are recipients of Social Welfare payments provided and 1,903 applicants were recipients of student allowances through TSLS.

A further 907 applicants were under the age of 18 years.

Sayed-Khaiyum says there were 10,142 duplicate applications which means that people applied using different sim cards but with the same TIN and BRN.

He says in those instances, they will only make the payment to one sim card to avoid double-dipping.

The Minister for Economy has also revealed that 1,609 applicants did not give their consent for Government to access their vaccination details for verification which is critical for assessment purposes.