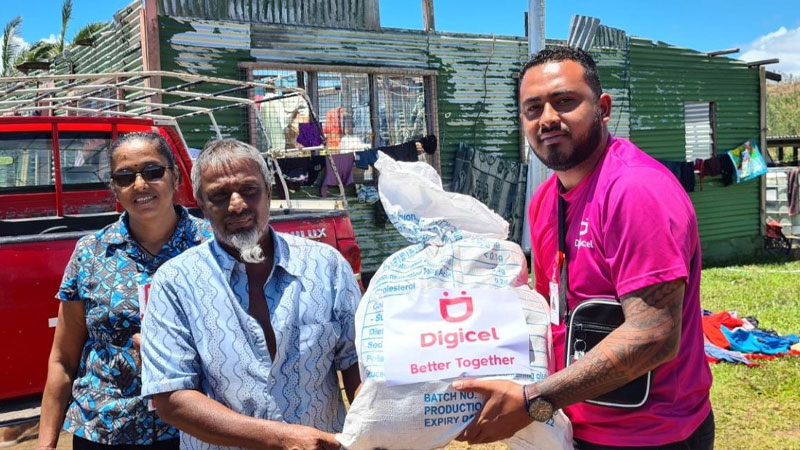 All affected areas were also provided with charging stations so villagers could charge their mobile phones and other devices.

Digicel Fiji CEO, Farid Mohammed says an early response is vital to help the affected families in the North to see them get back on their feet in this time of crisis.

He says they responded immediately by sending their engineering team with equipment and sales and distribution staff with food rations supplies to the affected areas.

278 villagers of Bua Village today received farming equipment from the Ministry of Youth and Sports. The assistance which includes vegetable ... 3 hours ago

Eighteen youths from Sukanaivalu Road in Nabua are in custody following their alleged involvement in an attack on youths and men from Mead Road ... 4 hours ago
More News
TOP