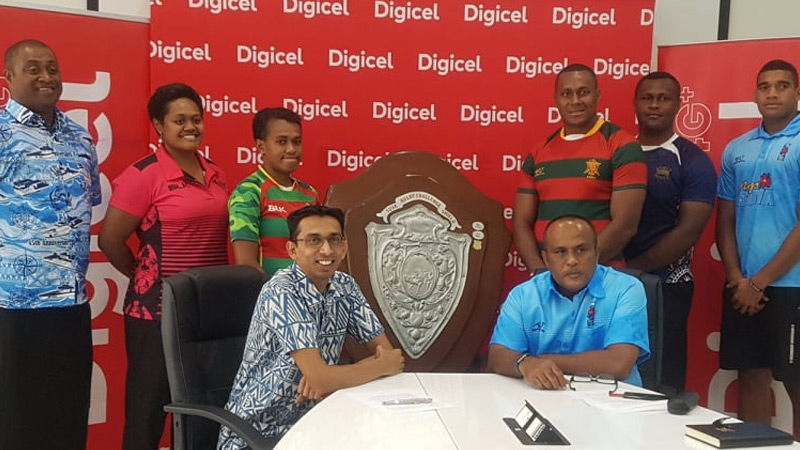 Digicel Fiji will sponsor the Suva Rugby Union competitions including the Escott Shield for the next 3 years.

While making the announcement, Digicel Fiji CEO Farid Mohammed says we all know that these are challenging times but it should not hold us back from doing what we love.

Digicel have been Fiji 7s sponsors or associated with Fiji Rugby Union in the past, and this is the first time they are sponsoring a club competition.

Mohammed says this sponsorship will serve and develop the teams that are with Suva Rugby.

He adds this sponsorship will give Digicel the naming rights for any competition Suva Rugby will be doing.

This means the longest competition in the country will now be called the Digicel Escott Shield and the Digicel Koroturaga Championship.

Chairman of Suva Rugby Union Col. Aseri Rokoura says they are honoured and humbled that Digicel Fiji has taken up the role to sponsor their annual Escott Shield Competition.

He says this sponsorship has come at a perfect time when the world and the nation are faced with the global crisis of COVID-19.

Rokoura says the sponsorship will not only run the Escott Shield Competition but also have a positive impact in reviving small selling businesses and transportation.

Digicel Fiji is giving $30,000 in sponsorship to the Suva Rugby Union.