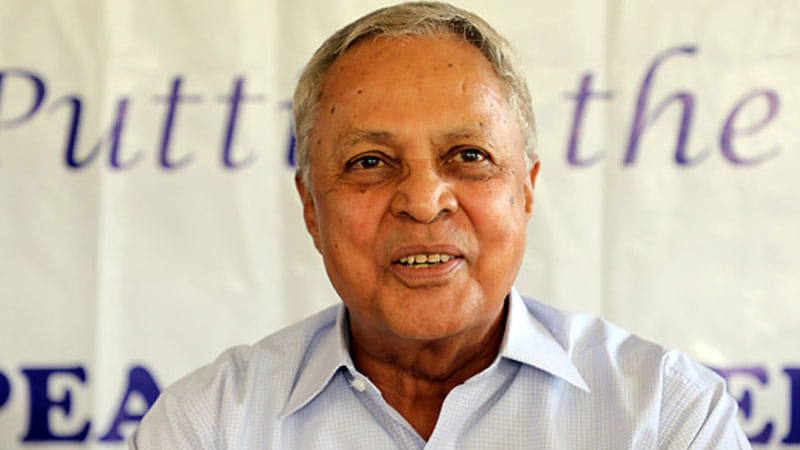 Fiji Labour Party Leader, Mahendra Chaudhry says politicians should not be making insincere promises to people to win their votes after People’s Alliance Leader, Sitiveni Rabuka said an annual public holiday to honour the arrival and settlement in Fiji of the Girmitiyas will be declared by his Government.

Chaudhry says Rabuka’s promise of a new holiday to honour the Girmityas is akin to adding insult to injury when viewed against the harsh consequences of his coup of 14th May 1987.

He says it could not simply be a co-incidence that the coup took place on the very anniversary of the arrival of the first batch of Girmityas into Fiji waters 108 years to that day.

The Party Leader says Rabuka's unlawful seizure of power was an outright anti-Indo-Fijian move, depriving them of their birthright in this country.

He says the coup displaced thousands of families, disrupted their lives and left them feeling unwanted in the land of their birth while many fled the country in fear or as a result of the persecution and repression that followed.

Chaudhry further says this was an extremely traumatic experience that has embedded deep scars on the psyche of the Fiji Indians.

He says Rabuka’s recent remarks that he took comfort in the fact that Fiji had better prepared those who had left for a more secure life overseas, has not helped him convince the Indo-Fijians of his new found love for them.

He says they would see a Girmitiya public holiday as a major action to commemorate an important part of Fiji’s history.

Rabuka had earlier said his critics will try to capitalise on the issue of the 1987 coup but he can do no more than once again express his regret and shame for what he did 35 years ago.

He says people should not judge him now on what happened 35 years ago as today he has dedicated with every fibre of his being to revitalizing the country and working with the people to transform it into haven of the South Seas.

Rabuka says we must rid ourselves of tyranny, secure our freedom and democracy and live together in prosperity and harmony.

The People’s Alliance Leader further says he knows many Fijians of Indian ancestry feel their Girmit history has been sidelined so the planned public holiday would help to reclaim and retrieve what has been missing and reconnect it to the current generation and to all the people of Fiji.

He says the Girmit public holiday initiative has been on his mind for some time and is consistent with the party’s belief in building a just and united Fiji.

The former Prime Minister says it would further underscore the extent of his commitment to promoting mutual goodwill, respect and understanding.

He adds his vision is for all communities to have a secure and equal place in the homeland.

A Suva businessman is currently being questioned by police for allegedly attempting to rape his staff. The man is in his 60s. The woman who is ... 18 minutes ago