Chaudhry calls on the Electoral Commission to investigate the AG

Chaudhry calls on the Electoral Commission to investigate the AG 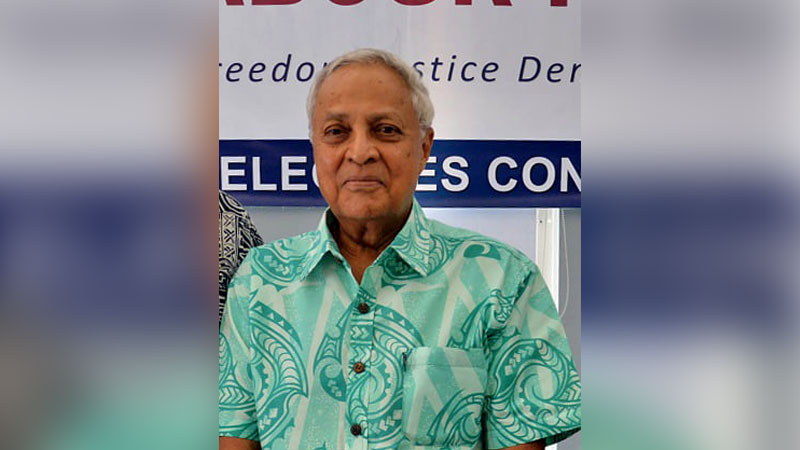 The Leader of the Fiji Labour Party, Mahendra Chaudhry has called on the Electoral Commission to investigate the Attorney General and Minister for Economy Aiyaz Sayed-Khaiyum.

Chaudhry says an investigation needs to be done as Sayed-Khaiyum keeps using prefect induction ceremonies at schools to campaign.

He says Sayed-Khaiyum did it at Natabua High School in Lautoka again this morning after the induction ceremony was over and he held a question and answer session with Form 6 and Form 7 students, teachers and parents.

Chaudhry says this is unethical and an outright abuse of authority and it an attempt to use a school function to campaign and influence students of voting age.

The FLP Leader says the Minister for Education must answer to this abuse and put a stop to it immediately.

He adds there is no justification for the Economy Minister to be attending prefects induction ceremonies.

Chaudhry says it is interfering with the operations of the school. He says the morning session was supposed to start at 9am but the Minister arrived at 10.10am, keeping the prefects, teachers and guests waiting.

Questions have been sent to the Electoral Commission and the Attorney General and Minister for Economy.

We are awaiting their response.

The marginalized, at risk and poor in the community will now be able to get much needed support through the opening of DHIVE Community Centre in Marti... 38 minutes ago
LATEST NEWS