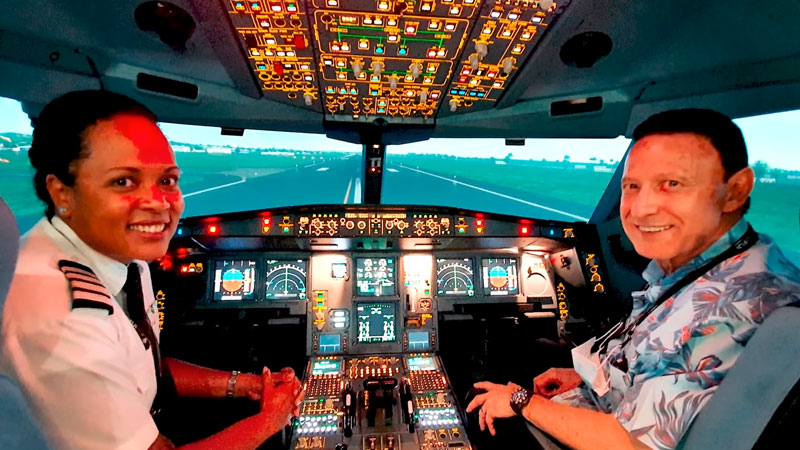 Captain Seini Koroitamana Cornish is the first female who has qualified to be Pilot-in-Command for the Airbus A330-200 and Airbus A330-300 aircraft types in the Fiji Airways wide-body fleet.

She started her qualification process for command in March 2021, undertaking the required simulator sessions at the Fiji Airways Aviation Academy under the guidance of Fiji Airways’ highly qualified Check and Training Captains.

She says achieving the command position on the A330 is really just the beginning of this new journey and she looks forward to the challenges that come with commanding a wide-body aircraft.

Captain Koroitamana Cornish has thanked her family for their support and also paid tribute to her late father, the late Jone Koroitamana who was a former CEO of the Civil Aviation Authority of Fiji.

Fiji Airways Managing Director and CEO, Andre Viljoen congratulated Captain Koroitamana Cornish on her accomplishment and says progressing any Fijian into a command position of any aircraft is special but having their first female Captain of a widebody aircraft is historic and remarkable.

Viljoen says her promotion to A330 command is a trailblazing achievement for women in aviation, not just in Fiji but the South Pacific as well.

Captain Koroitamana Cornish has been with Fiji Airways for 16 years, starting in 2005 as a Second Officer on the Boeing 747-400 aircraft.

Over the years, she has progressed to a First Officer on the Boeing 737, Boeing 767 and Airbus A330 aircraft.