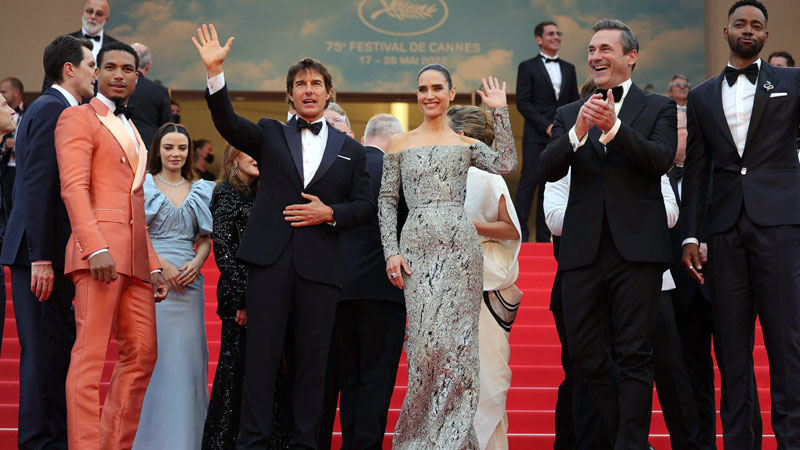 The sequel to the 1986 Top Gun, Top Gun: Maverick premiered at the 75th Cannes Film Festival.

Hollywood star Tom Cruise walked the red carpet with some of his co-stars, including Jennifer Connelly and Miles Teller.

It has been 30 years since Cruise attended the Cannes Film Festival, and it’s evident the festival would like to make up for lost time.

The release of “Top Gun: Maverick” by almost two years because of COVID-19, and Cruise was determined that the film, which he stars in, and also produced should be released on the big screen rather than via a streaming service.