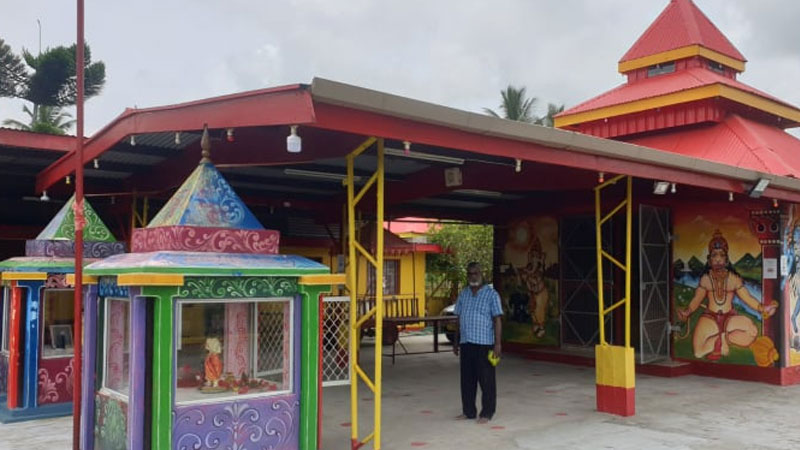 There has been another break-in at a temple in Nausori as residents of Vuci have informed us that someone broke into the Vuci Mahadevi Temple on Thursday night.

This is the second incident of this nature in the last couple of days following the break-in at Baulevu on the same day.

Kamlesh Mohan who is a member of the temple says the suspect broke into the two smaller temples in the premises and removed the clothing from the statues of 2 Hindu Gods and threw it away.

Mohan says the bulk was also broken into and their stove along with some others items are missing.

He says they found out about the incident when they went to pray at the temple yesterday morning.

Meanwhile, the President of the Rewa Brahmin Sabha, Sanil Maharaj has condemned both incidents.

Maharaj says he hopes Police look into this matter and action should be taken as soon as possible.

We have also sent further questions to police regarding the state of investigations in both incidents and are awaiting their response.

We are also asking the question on whether these are isolated incidents or politically motivated for some sort of political gain or to create fear among the Hindu community as the incidents only involve Hindu temples.

A man in his 30s from Tau Village, Nadroga has passed away following an accident after 9 last night. Police say the victim was driving the vehicle ... 32 minutes ago
LATEST NEWS