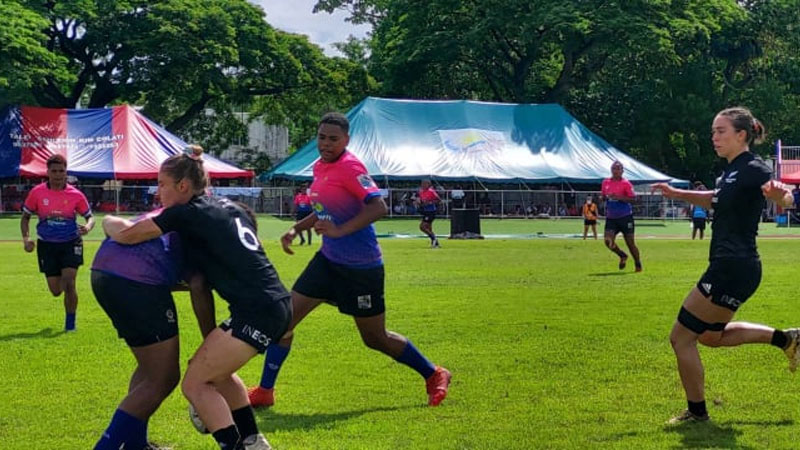 Shakira Baker was again the star for the New Zealand women’s 7s team as she scored two tries in their second pool game to thrash Valkyries 33-7 in the Fun Flavour Super Sevens Series at Churchill Park.

New Zealand was too strong for the local side as they scored a total of five tries.

Valkyries managed to get a try in the first half through Kotobalavu Vakamoce.

New Zealand who edged Army 5-0 in their first match will play their final pool game against Marist at 4.40pm today.