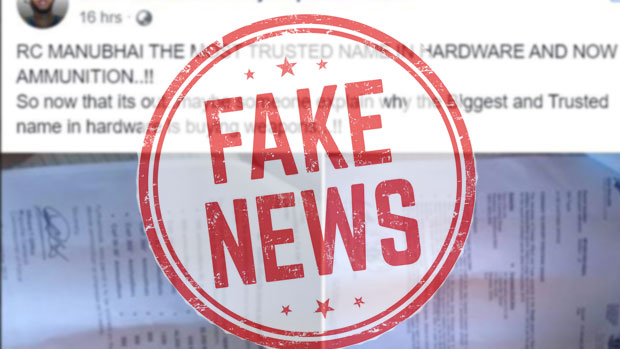 R. C. Manubhai and Company Pte Ltd has labelled fake news spread by Facebook trolls claiming that "Indo-Fijians are buying ammunition to go to war with the iTaukei", as a sick attempt to incite fear and hate.

R.C. Manubhai has clarified that they import hunting grade ammunition which is provided to licensed farmers who hunt pigeons, wild pigs and wild dogs.

Company Director, Bhavesh Kumar says it is quite sad that Facebook trolls have decided to spread this fake news causing fear among Fijians and discrediting their company which has served Fijians for decades.

Kumar says ammunition is only released to farmers who have a valid license obtained from the Fiji Police Force on a yearly basis and they have strict procedures, guidelines and documentation requirements for any ammunition to be released to a licenced gun owner which is further audited by Police.

All civillian gun owners must be licensed, and their weapons individually registered with Police.

Private firearms are restricted to hunting and sport shooting only and require the same stringent requirements.

Kumar urges Fijians to be wary of fake news on Facebook.