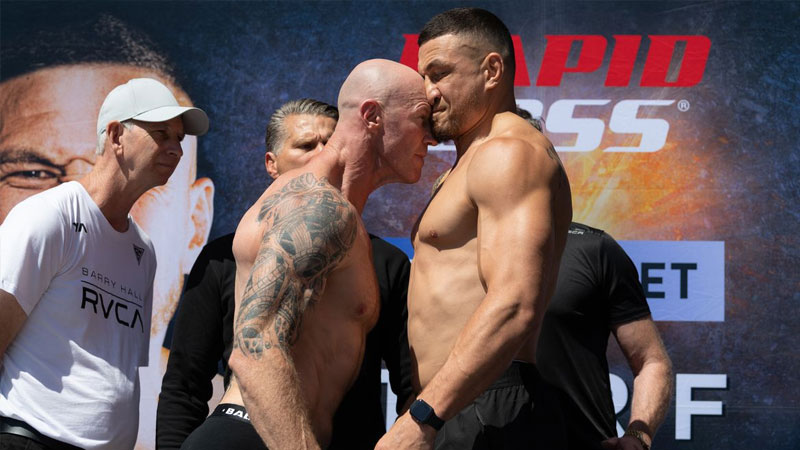 Barry Hall's camp believe they succeeded in rattling Sonny Bill Williams after the AFL legend ignited their boxing weigh-in with a form of headbutt at Sydney's Darling Harbour yesterday.

Hall aggressively pushed his head into Williams' face as the tension threatened to spill over ahead of tonight's heavyweight fight.

Hall is returning to the ring for the first time since he fought to a draw with former NRL star Paul Gallen in their 'Code War' bout in 2019.

Sonny Bill says the training camp in Ireland with the Tyson Fury camp had been eye-opening and he was in peak condition and ready to keep his 9-0 unbeaten record intact.