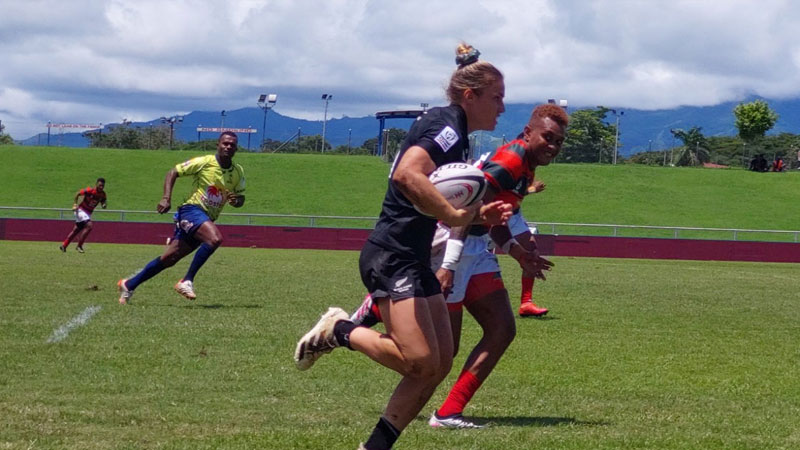 Shakira Baker scored the lone try for Black Fern 7s in the first half.

The Army women’s team put up a great challenge and came very close to scoring a few times however the stubborn defence by Black Fern 7s deprived them of points.

Black Fern 7s will now play Valkyries at 2.30pm while Army will face Marist at 2.50pm.

Meanwhile, Ani Mei was the star for Rosi Ni Yasawa scoring a try and assisting in two tries to give them the 25-0 win over ACS.

The former Fijiana rep scored early in the first half after picking up a loose ball inside the opposition's half.

Mei says she is focused on the tournament and if she gets the call for national selection then it will be a blessing.

Yasawa went on to score five tries in the game.