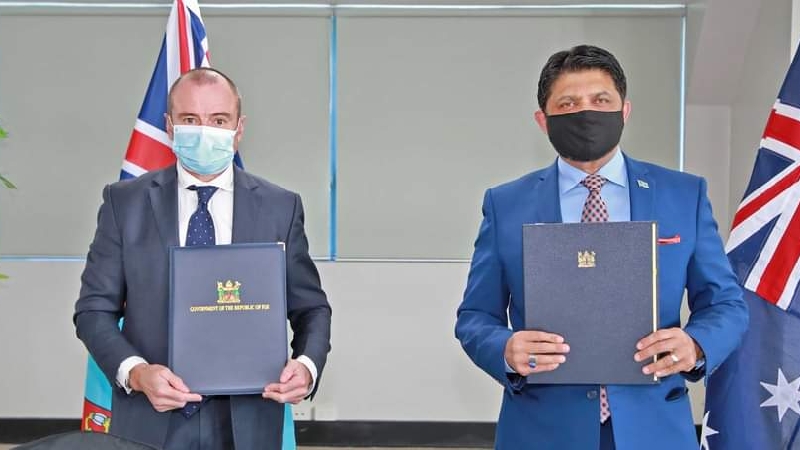 Australia continues to assist Fiji as it has provided a further 26 million Australian dollars for general budget support.

Australia has so far provided more than Fijian $150 million as budget support to Fiji.

Minister for Economy Aiyaz Sayed-Khaiyum say the release of these grant funds is contingent on government meeting an agreed set of reforms with Australia and other development partners.

Sayed-Khaiyum says the required reforms have been achieved by the Fijian government.

He says Fiji has also assured that they will not reduce any of the designated allowances in poverty benefit schemes in the upcoming financial year.

Sayed-Khaiyum adds budget support from their bilateral partners ensures that the government can continue to deliver existing programs and services while minimizing the fiscal shocks brought by unexpected events.

Australian High Commissioner to Fiji John Feakes says the economic impacts of COVID -19 is particularly felt in countries that are heavily reliant on tourism such as Fiji.

Feakes says Australia has been able to provide  general budget support due to the confidence they have in the Fijian government’s public financial management system.

Australia will also provide Fiji with 1 million doses of the AstraZeneca vaccines.