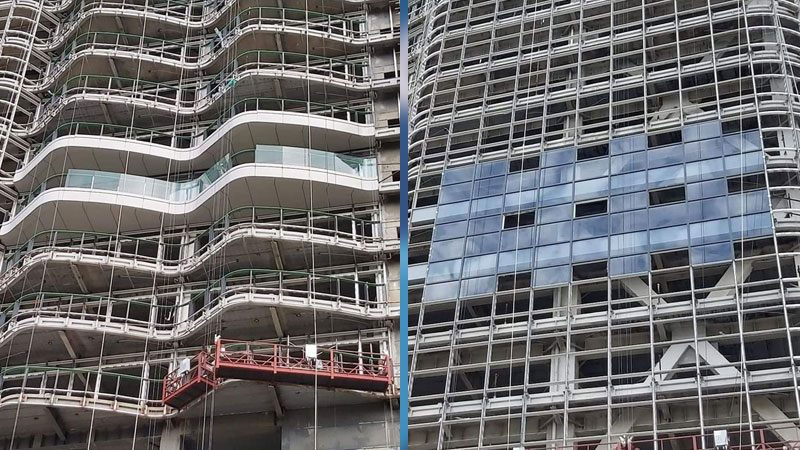 At least another 18 months is needed to complete the construction of the WG Friendship Plaza on McGregor Road.

Krishnan says works have resumed after the Suva City Council uplifted the Stop Work Order and now the contractor is trying to attend to the immediate activities on site which need to be looked at such as the surface preparation and fire protection of the steel.

He says they have made relevant submissions to the National Fire Authority and are awaiting the final approvals.

Krishnan says some of the glass installation works have been done as they are undergoing a mock-up.

He says another area they need to work on is the construction of the internal walls.

Krishnan says because of the border restrictions the contractor is having some problems getting the required personnel from China to do the other specialized works.

He says they will try to use as many local labourers and skilled tradesman as possible but there will be an element of expatriate workers that needs to be procured once the border restrictions are eased.

It is expected to have an inventory of over 300 rooms, observatory tower, boutique shopping, healthcare and entertainment complexes.

Construction on the project started in 2016.

The project is estimated to cost hundreds of millions of dollars.

Akbar says they hope to resume classes at RKS on Monday but this will depend on the recommendations by the investigating ... 19 days ago

National Federation Party Leader Professor Biman Prasad has reminded the current leaders of the country that Fiji’s history did not begin in 2006. ... 12 hours ago
LATEST NEWS

Police White will face Tabadamu 1 in the final of the 44th Fiji Bitter Marist 7s at the ANZ Stadium tonight. Police White - the tournament’s ... 13 hours ago

WOWS Kids Fiji Ambassador Pita Waqavonovono raised $1,700 as part of the Shave It or Save It campaign and handed over the money to WOWS Kids Fiji ... 14 hours ago
More News
TOP