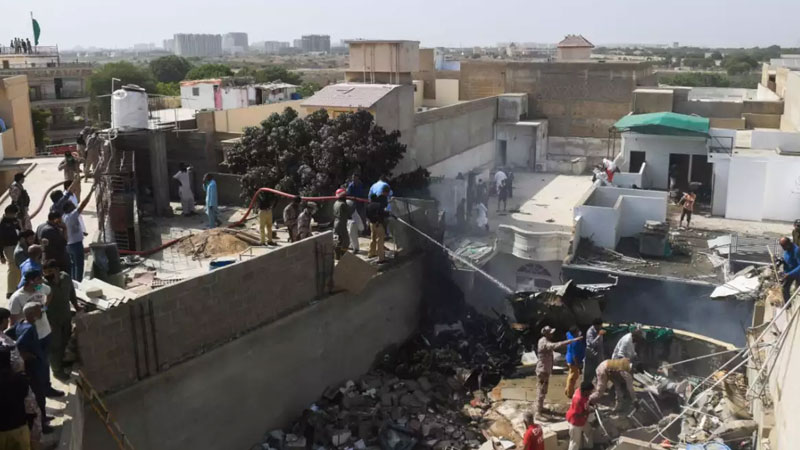 A Pakistan International Airlines passenger plane flying from Lahore has crashed into a residential area of Karachi, killing at least 57 people.

The pilots of flight PK8303, an Airbus A320 carrying 91 passengers and eight crew, were attempting to land at the city's Jinnah International Airport.

The plane had attempted one landing but as it went round again lost its engines and issued a mayday call. At least two passengers are confirmed to have survived the crash.

The reason for the crash is not yet known, but one civil aviation official told Reuters the plane may have been unable to lower its undercarriage.