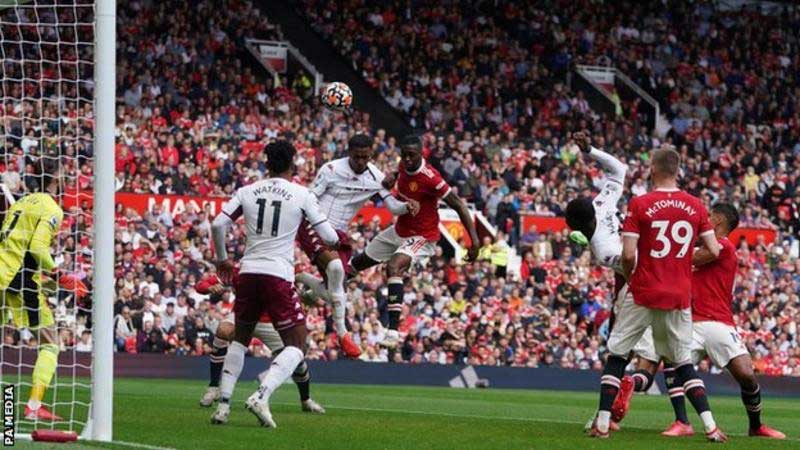 Bruno Fernandes missed a 93rd-minute penalty as Aston Villa won 1-0 at Old Trafford for the first time in 12 years.

Kortney Hause had put Villa ahead with a powerful header two minutes from the end of normal time before the defender handled inside the box to present Manchester United with a lifeline.

However, Fernandes blazed high over the bar as United's unbeaten start to the English Premier League season came to an end.

United had 28 shots yet failed to find the net.

It was also the first time Cristiano Ronaldo failed to score since re-signing.

Having suffered an early Carabao Cup exit at the hands of West Ham, United have lost their past two home games without scoring.