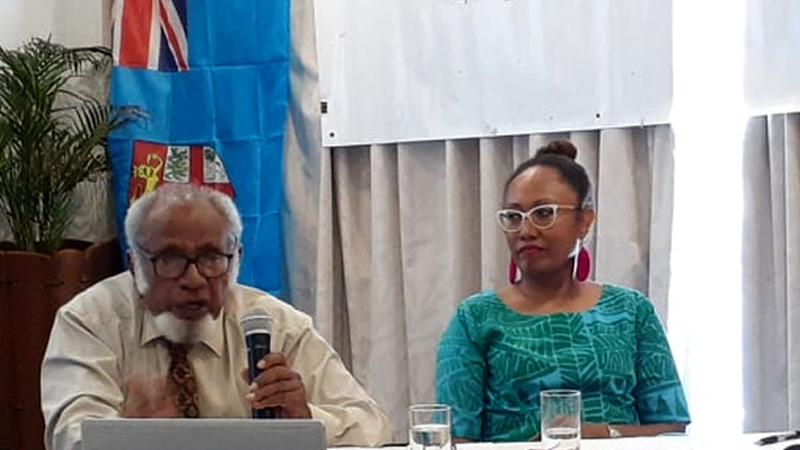 Former CEO of Citizens Constitution Forum, Reverend Akuila Yabaki says based on the 2013 Constitution, there is a need to have an Accountability and Transparency Commission that will hold Permanent Secretaries and public office holders answerable for their actions.

He made these comments during a panel discussion on ‘State of Democracy’ organized by the NGO Coalition for Human Rights to take stock of the country’s achievements, challenges and discuss on ways forward for Fiji to mark 50 years of Independence.

Reverend Yabaki says the Commission will be independent and will not be controlled or influenced by the government.

He has also highlighted that changing the Constitution is a very difficult process where under Section 160, changes will only be possible by a bill that is discussed three times in Parliament and a referendum.

The bill must be voted for twice by at least three-quarters of the parliament and there should be a period of 30 days between the two votes.

A referendum would then have to be conducted. If the outcome of the referendum is that three-quarters of the total number of the registered voters have voted in favour of the proposed amendment, then the President must assent to the bill.

According to the Constitution, the Accountability and Transparency Commission shall consist of a chairperson and 2 other members appointed by the President, on the advice of the Judicial Services Commission following consultation with the Attorney General.

The chairperson of the Commission must be a person who is, or is qualified to be appointed as a Judge.

A written law shall provide the Commission with the jurisdiction, authority and powers to receive and investigate complaints against Permanent Secretaries and all persons holding a public office.

We have sent questions to Attorney General, Aiyaz Sayed-Khaiyum.

Russia is starting its COVID-19 vaccination programme, with clinics in the capital Moscow vaccinating those most at risk from the virus. Its own ... 44 minutes ago

Argentina has passed a new tax on its wealthiest people to pay for medical supplies and relief measures amid the ongoing coronavirus ... 47 minutes ago

A vehicle crashed into Roundabout Fastfood and Takeaways Restaurant in Tavewa Avenue in Lautoka at 7.30 last night. The owner of the restaurant ... 49 minutes ago

Two women are selling clothes which they made themselves every Saturday at the Christmas Market Day at the YWCA Building in Suva to assist their ... 50 minutes ago