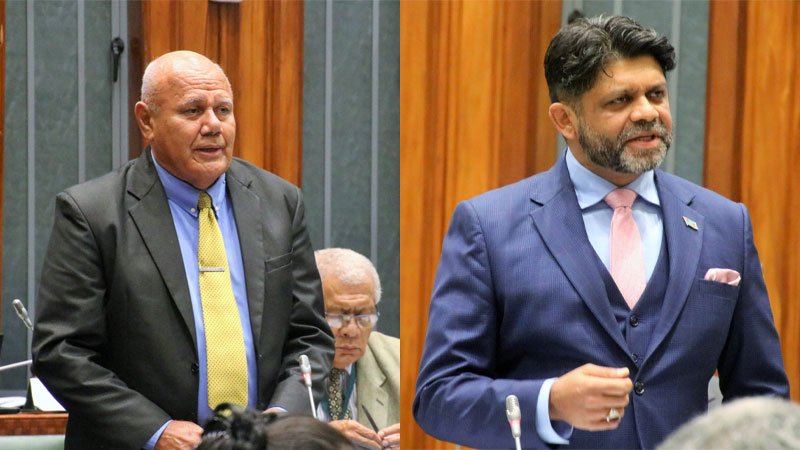 SODELPA Leader, Viliame Gavoka says Attorney General Aiyaz Sayed-Khaiyum made some threats here to them saying “You watch what you say” however, Sayed-Khaiyum says all he did was read out the provisions of the Financial Management Amendment Act.

Gavoka says some requirements under the Act is creating anxiety amongst political parties.

He says no one should be threatened in the way it was done by Sayed-Khaiyum.

Sayed-Khaiyum says if a political party, a candidate for election to parliament or any person representing a party or acting under the direction of a candidate or political party, makes a financial commitment, whether orally or in writing, it must immediately provide a written explanation.

He says they are not asking to provide a manifesto but a written explanation.

Gavoka also says that the processes should be followed and gone through properly so that they are clear on what they should do.

Sayed-Khaiyum then highlighted that they should use their lawyers.