A whole of government effort is now in place - Dr. Fong

A whole of government effort is now in place - Dr. Fong 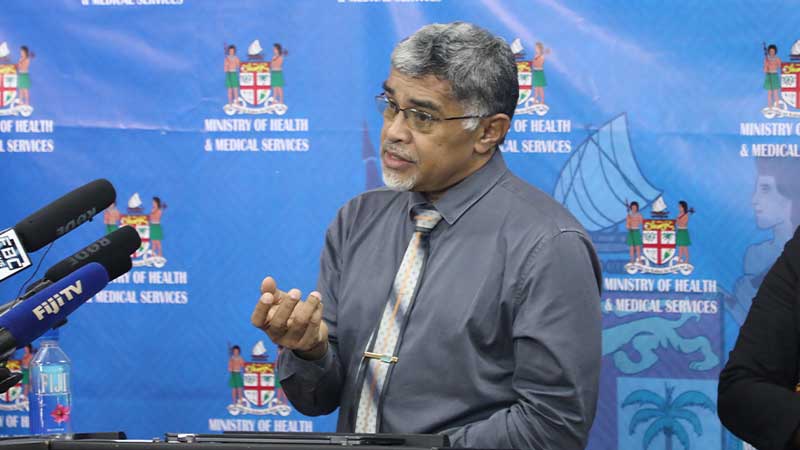 The Permanent Secretary for Health, Dr James Fong says a whole of government effort is currently in place in response to cases of COVID-19 in the country.

Dr Fong says they had a response and preparedness plan even before February this year that had all necessary details of what would happen as things escalate.

He made these comments when questioned as to what plans are in place if Fiji's public health system is unable to handle an escalation.

Dr. Fong says a number of functional pillars will be gradually activated as things escalate and all these pillars will not only help government but also help their partners to help them.

He says they have even practiced excercises and solidified a lot of protocols during TC Ana and Yasa and reorganised the whole of the health system to have greater outreach capacity, and this was in preparation for the possibility of this particular scenario.

He says the idea to form a Fiji Emergency Medical Response Team was brought up by Health Minister, Dr Ifereimi Waqainabete three years ago and was purposed for this kind of outbreak.

He says this response plan also involves a lot of partners and they will unveil this plan as things escalate.

It has also been revealed that this response plan will get funding support from the European Union, the UK and other donors who will be supporting the response and preparedness effort in the Pacific and Fiji.