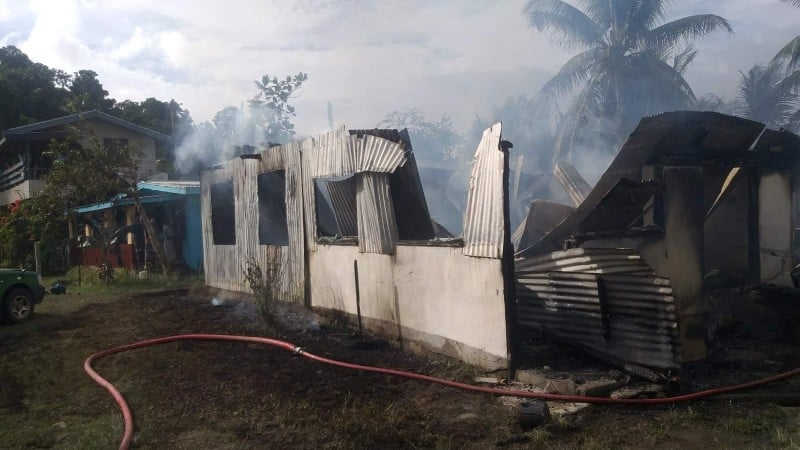 A four-bedroom house was destroyed in a fire at Vunikavika Settlement in Sigatoka on Monday morning.

The number of house fires has gone up since the containment period began on April 19th.

The National Fire Authority says they have recorded six home fires that have displaced 24 people since April 19th.

There have been 38 structural fires in the first four months of this year and the total cost of damage is estimated to be $2.3 million.

Most of the house fires started from unattended cooking.

Minister for Housing, Premila Kumar says it is alarming to see that despite people living in the comfort of their homes during this time, they are still receiving property fire calls.

She says they do not want people to become homeless especially during this difficult time currently faced by Fijians due to the COVID 19 pandemic.

A suspect is in police custody after the death of a 19-year-old man in Vatukacevaceva in Ra. Police spokesperson Ana Naisoro says the man was ... 49 minutes ago