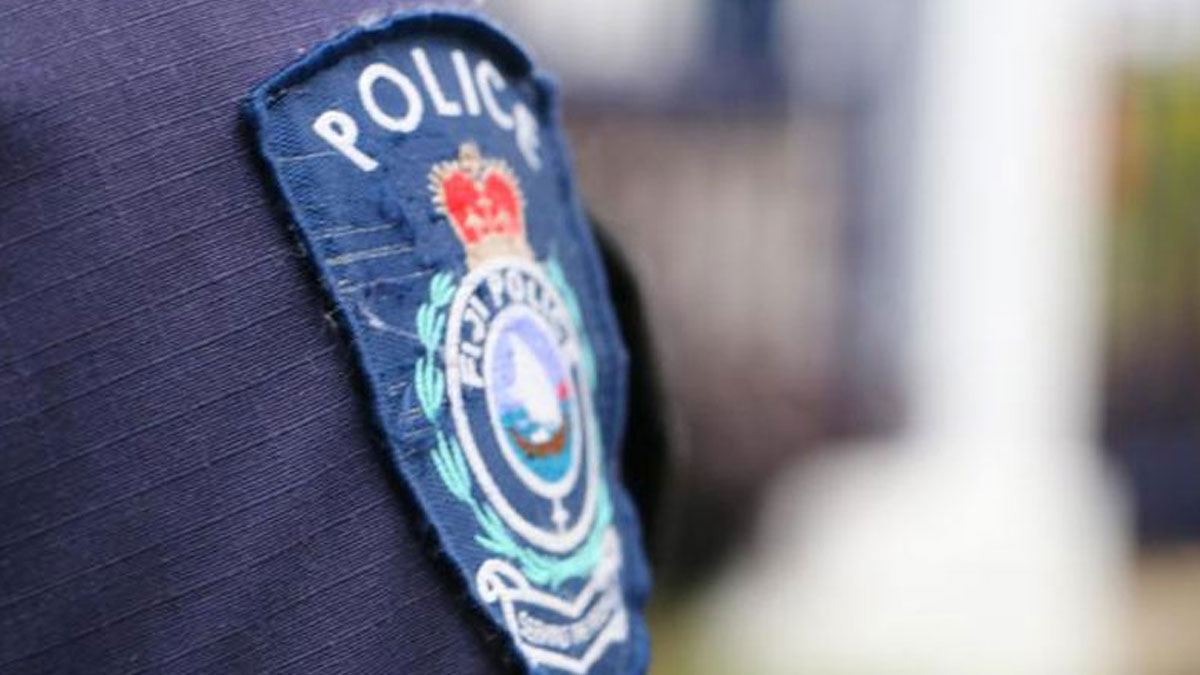 Police confirm that $5.6 million worth of methamphetamine has been seized from 2017 to 2021 if we are to consider an average cost of $500 per gram.

For this year alone, 39 methamphetamine arrests have been made.

The local detection of meth was through parcels sent from overseas through freight and cargo stations to bond warehouses and postal agencies.

These cases were detected through routine inspections by Customs and the Fiji Detector Dog Unit which is in collaboration between Police, Customs and New Zeland Police. 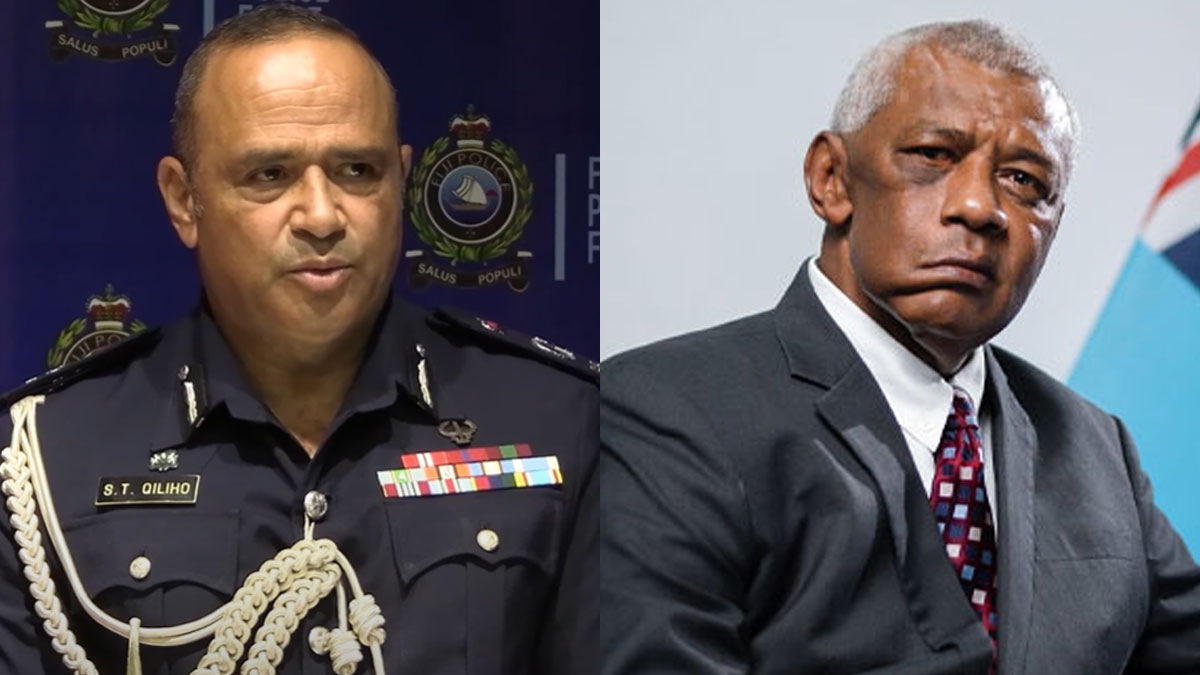 Police Commissioner, Brigadier General Sitiveni Qiliho says for the National Federation Party to say hard drug sale and use in Fiji has spiralled out of control is uncalled for and there is a lot of work to rubbish the very Fiji Police Force that is working hard with other stakeholders.

However in a statement, NFP President Pio Tikoduadua says Fiji is being ravaged by the diabolical spread of hard drugs like methamphetamine because of the FijiFirst government’s colossal failure to take decisive action to stop the spread of drugs.

Qiliho says he would not say it is out of control as they do a lot of work.

The Commissioner says they have invested a lot and with the recent creation of the Narcotics Bureau, they have to also look at training people not only in the forensic science area but in forensics accounting so they can look at money trails and other things that are associated with narcotics.

He further says there are ongoing operations in Kadavu, Navosa Hills, Tukavesi and other areas where marijuana has come up.

He says he will be visiting the Australian Federal Police Commissioner next week and this will be one of the issues he will discuss.

Qiliho says they have recently had a training with a New Zealand lab personnel, they are looking at upgrading their machines in the forensics science department and other areas where they will need to invest in especially when industrial hemp is being introduced.

The Commissioner further says they will not fight the report by Vice News as they are entitled to their report.

He says they have operations in some of the areas mentioned in the report as recently as last week where recoveries have been made and people are being produced in court.

Qiliho adds they have not found the Vice News article on any other international news on television so he will not talk about their credibility but says some of the issues raised have to be dealt with however, it is not out of control.

Meanwhile, Tikoduadua says they are questioning the effectiveness of both border control enforcement as well as effectiveness of the Fiji Police Force to combat this scourge which is causing irreparable damage to the social and moral fabric of the society.

He has questioned why the leadership of the FijiFirst Government and police were paying lip-service to the fight against the importation and the manufacturing of methamphetamine.

Tikoduadua says instead, both government and police were only focusing on raiding farms in rural areas and the maritime province, especially Kadavu, to uproot and seize marijuana and charge the farmers.

He made these comments following a report by Vice World News following investigative reporting titled “Meth is Turning Fiji from a Tropical Paradise into a Narco’s Playground”.

The NFP President says the report clearly points out the use of hard drugs has spiralled out of control and is a far bigger disaster than climate change that this government keeps preaching about both here and abroad.

Tikoduadua says FijiFirst had the perfect opportunity to embrace a collective approach on August 9th, 2019 if it had accepted his motion in Parliament for the establishment of a special parliamentary committee to holistically look into the multifaceted risks of the hard drug situation in Fiji.

He further says he had said this problem had a way of worming itself into the very safe space of family and not surprisingly, the motion was trashed by the FijiFirst Government with the Defence Minister bragging they had the problem under control.

The Party President says at the end of the debate on this Motion, he was unjustly assaulted by the Prime Minister within the precincts of Parliament.

Tikoduadua says tragically, their worst fears have been confirmed with Vice World News, highlighting meth is as easily accessible as lollipops, which means our children and youths are being viciously targetted by unscrupulous drug kingpins.

Tikoduadua adds post-election, a People’s Alliance-NFP Government will quickly have a parliamentary inquiry on the causes and effects of this very serious problem besieging the country, adopt decisive solutions and develop policies to combat the issue.

When visiting Fiji in August, VICE World News was told that procuring meth is now as easy as “buying a lollipop,” with a growing number of locals cooking the drug in-country, child sex workers using and selling it on the streets, and the deepening influence of narco-corruption compromising some of the highest levels of society.

More than a dozen people VICE World News spoke to in Fiji attested to the fact that times are tough, and many desperately poor individuals are taking up criminal activity just to feed themselves and their families.

It says sex workers are among the most at-risk groups for substance misuse in Fiji but the country’s growing meth scourge also appears to be driving more young people onto the streets in the first place, entering the sex trade in order to finance their habit.

Sesenieli Naitala, who runs a safe house for sex workers in the heart of Suva, said that the past two years have seen a noticeable increase in the number of young people coming into her shelter with substance abuse problems, as well as a decrease in their average age.

The report also says within the past few years, intravenous meth use has become the most popular way to ingest the drug in Fiji.

It says that’s worrying for a number of reasons, not least of which is the tendency for some users to share needles, risking the contraction of blood-borne infections, like HIV.

In 2021 Fiji’s Health Ministry reported 151 new cases of HIV, the highest annual number ever recorded in the country, with intravenous drug use and needle-sharing cited as an emerging factor.

Eighty-two percent of those cases were aged 20 to 49, 6 percent were adolescents, and another 6 percent were less than 10 years old—most likely the result of mother-to-child transmissions.

Such figures put Fiji among the top five countries in the Asia-Pacific region for rising new HIV infections among 15 to 24 year olds, and ahead of all other Pacific Island nations.

A July report by UNAIDS put it in a pool of 38 countries with alarming climbing infection rates.

While local demand for cocaine is vanishingly small, Fijians have become involved at all levels of importation, facilitation, manufacture, sales, and trafficking—not to mention consumption—of meth.

Jeremy Douglas, regional representative for the United Nations Office on Drugs and Crime (UNODC) in Southeast Asia and the Pacific, says no place stays a transit zone.

Douglas said of Fiji’s meth situation that it seems that every year it just gets worse.

One of the dealers who spoke on condition of anonymity, claims he and his family could be in grave danger if anyone inside the trade found out he was talking.

He couldn’t say much, he explained, but most of Fiji’s meth comes by sea or air from places like China, Colombia, and Mexico. The drugs always enter the Pacific trade routes via Tonga, he said, and in many cases they are destined for more lucrative shores.

The report says meth labs have been cropping up in homes, warehouses, and nightclubs around Suva and Nadi, as amateur cooks turn their hand to feeding the domestic market.The majority of Fijian users who can’t afford the premium white are often left with no safer option than this second-rate, locally manufactured ice—or, in some cases, a fake substitute like flakka, crushed candy, or salt.

We have sent questions to the Attorney General, Aiyaz Sayed-Khaiyum. He is yet to respond.

Police have assured fans and family members who will attend the Vodafone Super Deans final in Lautoka that all efforts are being directed to ensure ... 37 minutes ago