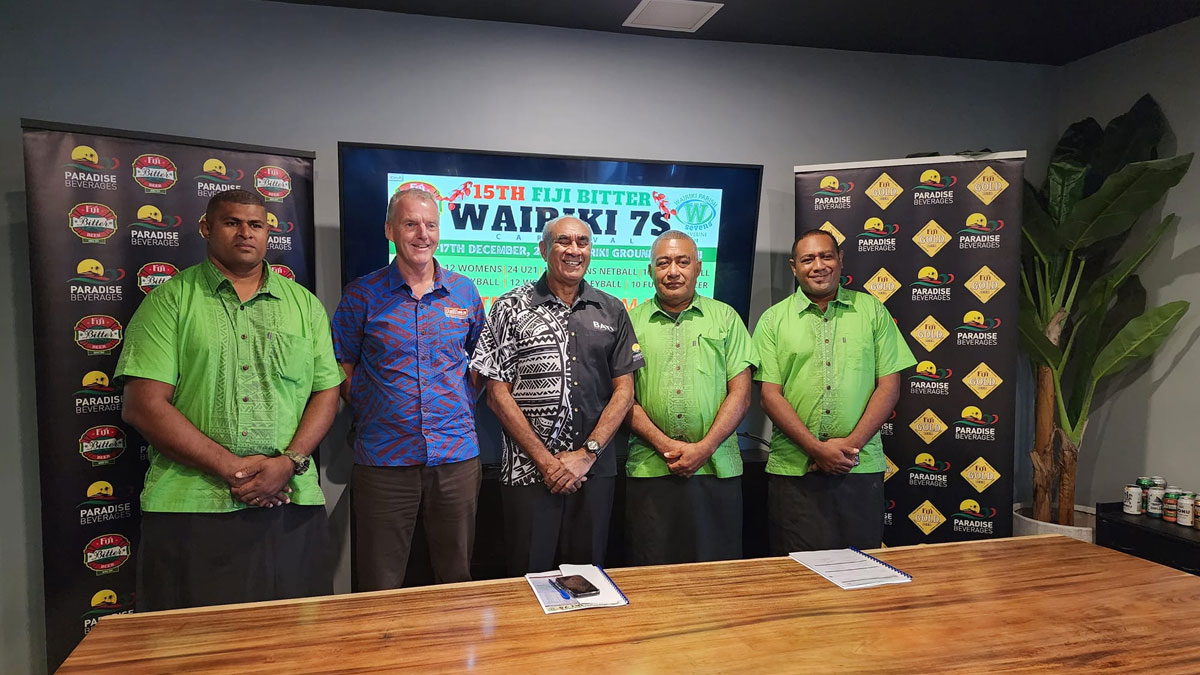 48 men, 24 youths and 12 women’s teams are expected to participate in the 15th Fiji Bitter Wairiki 7s Carnival next week.

The 15th Fiji Bitter Wairiki 7s Carnival is from next Thursday till Saturday.

The Permanent Secretary for the Ministry of Waterways and Environment, Mere Lakeba, says the symposium provides an opportunity for people to ... 3 minutes ago

The Minister for Employment, Productivity and Industrial Relation, Agni Deo Singh, says there were hindrances in the past regarding the Employment ... 9 minutes ago

A father and daughter duo, have enrolled for undergraduate studies at The University of the South Pacific. 47-year-old Ratu Soqosoqo says he could ... 13 minutes ago