3,313 domestic violence cases recorded by FWCC in the first 5 months of the year

3,313 domestic violence cases recorded by FWCC in the first 5 months of the year 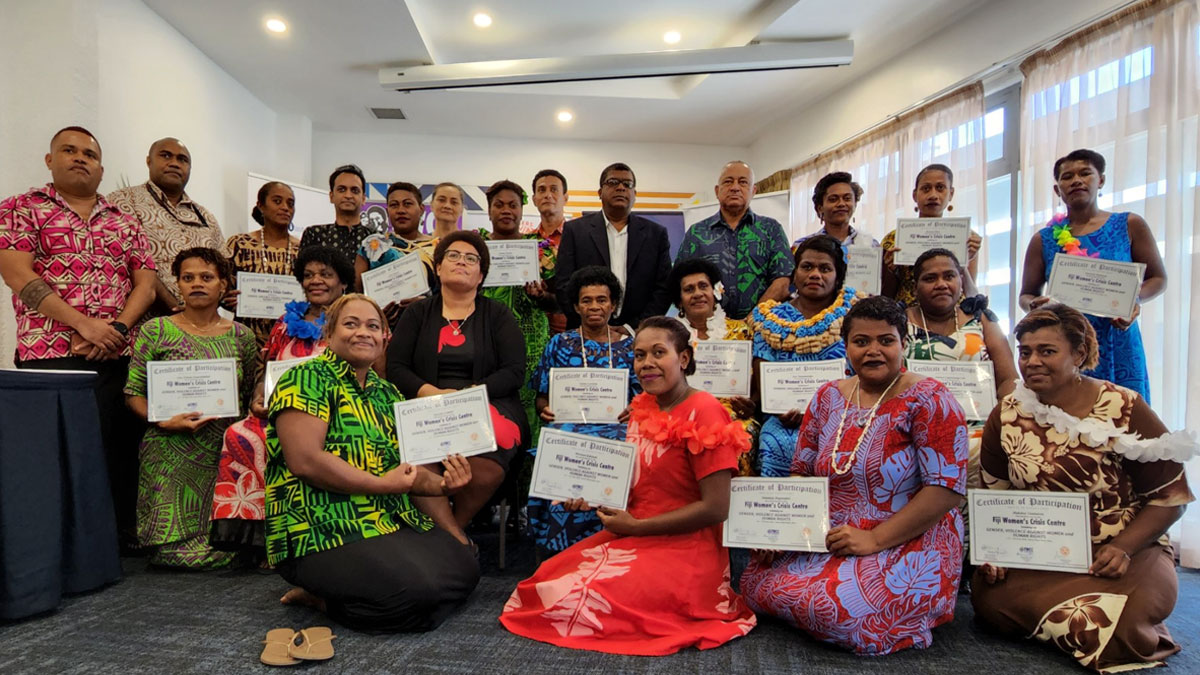 Shocking statistics have been revealed as 3,313 cases of domestic violence have been recorded by the Fiji Women’s Crisis Centre in the first 5 months of the year which is an increase of about 6% compared to the same period last year.

While speaking during the graduation of 16 informal waste pickers from the Gender, Human Rights and Violence against Women training, Fiji Women's Crisis Centre Shelter Manager and Community Educator Ilisapeci Veibuli says they received an average of 663 cases of domestic violence per month, which is very alarming.

She says male dominated structures and systems enables this gross violation of women’s human rights on a daily basis in Fiji, the Pacific and the rest of the world.

She further says if your neighbour is getting beaten up, do not be a mere bystander and call the toll free domestic violence helpline 1560 from any network.