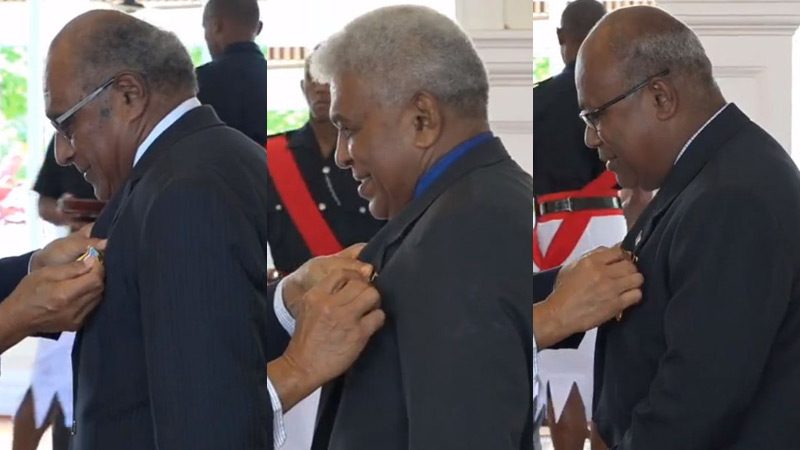 Another 30 people who have contributed to Fiji’s development and progress in the past 50 years were today awarded with commemorative medals for Fiji’s 50th anniversary of independence by the President Jioji Konrote.

The ceremony was held at State House.

Minister for Economy, Aiyaz Sayed-Khaiyum says calling People’s Alliance “Paap” or “Paapi” is a play of words just like calling someone from... 3 minutes ago
LATEST NEWS

Minister for Economy, Aiyaz Sayed-Khaiyum has confirmed the Ministry of Education is working on some capacity building in terms of technical and ... 13 minutes ago

A 20-year-old man will be produced in the Suva Magistrates Court this afternoon charged for his alleged involvement in the Raiwai brawl on ... 58 minutes ago