2nd patient to have contracted COVID-19 is the mother of the first patient - Dr. Sahukhan

2nd patient to have contracted COVID-19 is the mother of the first patient - Dr. Sahukhan 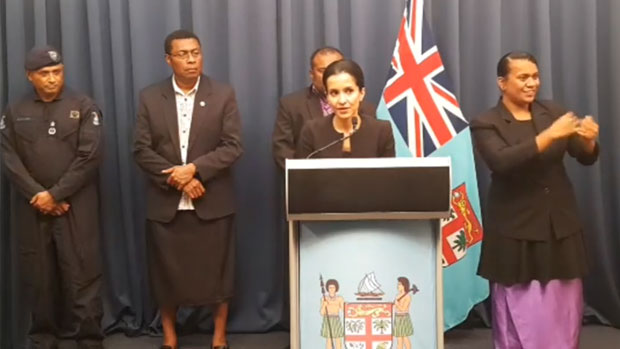 The Head of Health Protection at the Ministry of Health and Medical Services, Doctor Alisha Sahukhan says the second patient to have contracted COVID-19 is the mother of the first patient.

She says the woman was in close contact with the first case in the same household.

The doctor says the 47-year-old woman developed symptoms after she was put in isolation and was immediately tested and the results were received in the early hours of this morning.

She adds that both the mother and son are in stable condition at Nadi and Lautoka hospitals respectively.

Doctor Sahukhan says 11 household contacts of the same family are in isolation at the Nadi Hospital and are being monitored by the staff.

Meanwhile, she says the flight attendant was in potential contact with a lot of people.

The doctor says that they are in the process of contact tracing everybody who they think was a close contact based on their guidelines.

She says that they have contacted most of them and their staff from various divisions will be following up with them daily to check if they have developed symptoms or not.

Doctor Sahukhan adds that if any other close contacts develop symptoms, they will be tested but in the meantime, they are under strict quarantine and will be followed up by the teams in the divisions.

She also says that passengers that were on FJ 871 San Francisco - Nadi on Monday, FJ 411 Nadi - Auckland on Tuesday and FJ 410 Auckland - Nadi also on Tuesday who have not been contacted should contact the Ministry of Health and must also self-quarantine.

Doctor Sahukhan has also confirmed that there were foreign nationals on those flights.